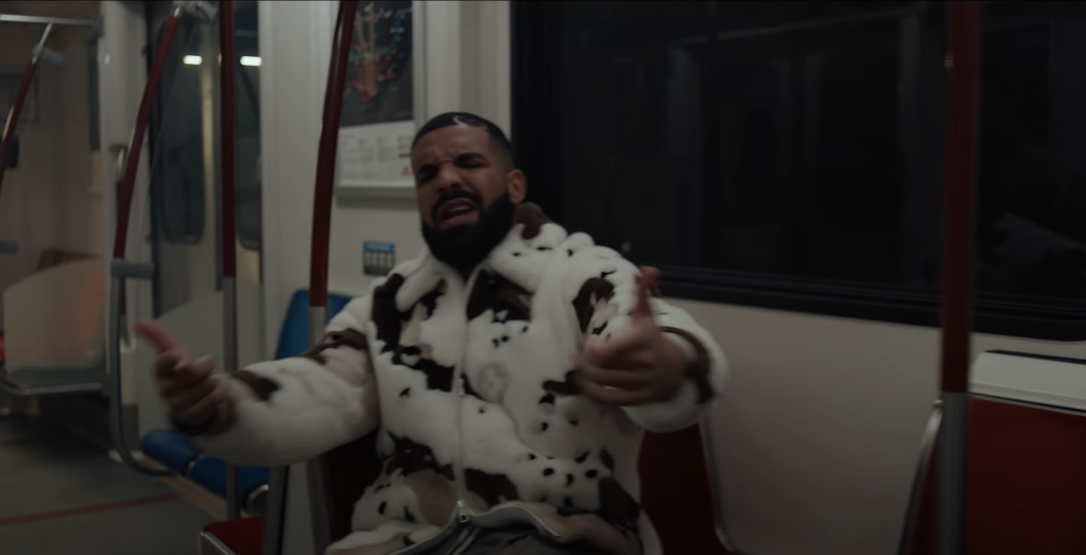 We all know that Drake is very proudly from Toronto, and his newest music video is basically a tour of all the iconic spots in his home city.

Drake dropped his latest video for What’s Next on Friday morning as part of his Scary Hours 2 EP release, and from the looks of it, he’s been spending a lot of time running around to all of the big Toronto tourist spots — and ridding the TTC, of course.

In the new video, the first recognizable shot is the iconic Yonge-Dundas Square at night with all of the billboards and the Eaton Centre lit up.

He then makes his way down to the TTC subway for a ride on one of the cars, because how else is Drake supposed to get around Toronto?

The music video then cuts to a shot of Drake driving underneath the Gardiner in all of the snow and slush, which any Toronto driver can relate to.

And in classic 6ix God fashion, Drake’s next stop on his Toronto tour is the edge of the CN Tower, where you admittedly get some stunning night views of the city. The shot is a nice callback to his Views album cover.

He then makes his way over to Ripley’s Aquarium and takes a walk through the shark tunnel, and he even gets some cool shots with pink glowing jellyfish too.

It seems safe to say that Drake won’t be giving up his Toronto pride any time soon.

The entire music video can be seen in all its Toronto-filled glory here:

In addition to the music video, Drake also dropped two other songs as part of his Scary Hours 2 EP release, which are all just a warm up before he releases his new album Certified Lover Boy later this year.

The full album was originally supposed to come out in January but Drake had to push the release date back after getting knee surgery.