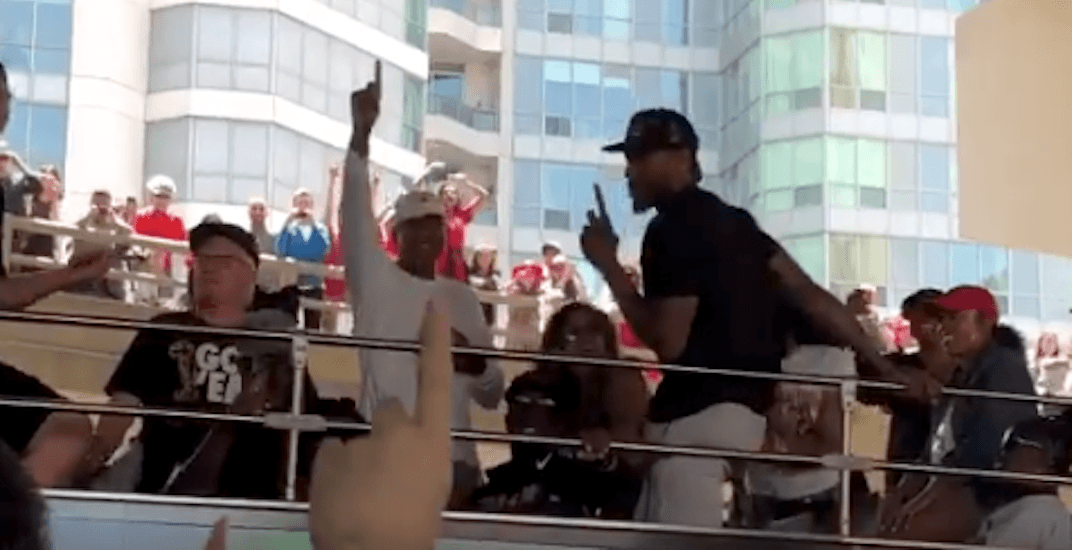 Kawhi Leonard’s future has been the elephant in the room all season.

While Raptors players and fans celebrate at today’s NBA championship parade in Toronto, fans are doing their best to convince him to re-sign with the team.

As the bus carrying Kawhi stopped under an overpass, a “one more year” chant broke out. That was until Drake held up five fingers, sparking an even louder “five more years” chant.

A similar scene broke out with Kyle Lowry, who put his arm a smiling Kawhi, egging fans on.

Even Kawhi’s uncle got in on the act…

Uncle Dennis and @Klow7 holding up 5 as they lead the chant with the crowd "Five more years!" @kawhileonard #RaptorsParade #HeStay pic.twitter.com/ov7YPN2T4J

The video that will have Raptors fans excited is this one, where Kawhi holds up one finger as fans chant “one more year.”

WHAT DOES IT MEAN???

Kawhi can become a free agent in the offseason, and has been rumoured to have interest in joining the Los Angeles Clippers since he was a member of the San Antonio Spurs. But the Raptors can give him a longer term (maximum five years) and more money on a contract than anybody else.