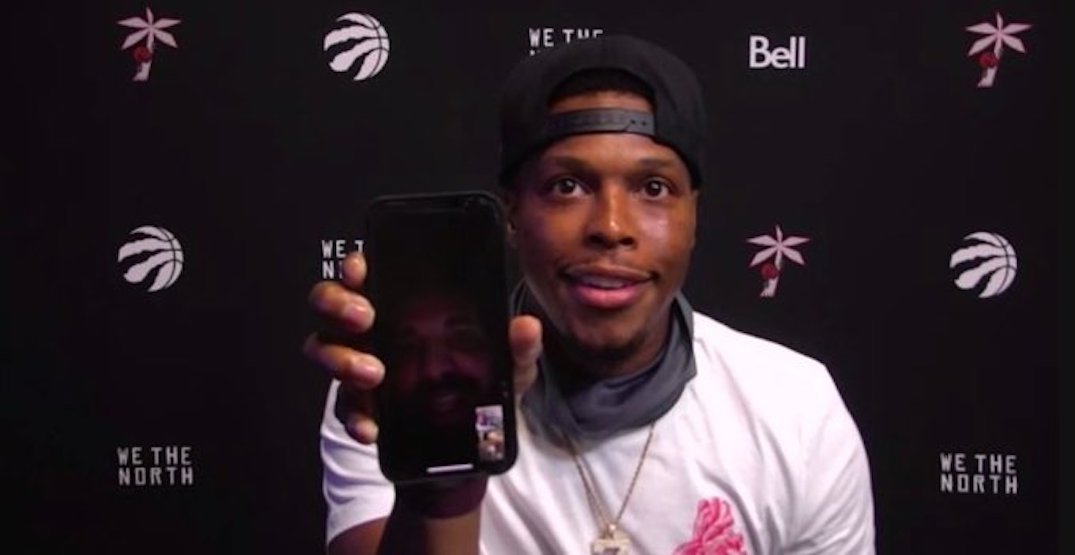 In what may be Kyle Lowry’s final press conference with the Toronto Raptors, the team’s global ambassador, Drake, made a surprise appearance.

After the Raptors defeated the Denver Nuggets 135-111, Lowry was answering some questions from the media when the Canadian rapper called him on FaceTime.

“Guys, we have a special guest here,” Lowry said before showing his phone, which had Drake on, to reporters.

“I’m here to translate. I’m his translator,” Drake can be heard saying.

Drake has worked as a team ambassador for the Raptors since 2013 and has been a sideline presence for many big Raptors games, as seen during the team’s NBA championship run in 2019.

Today is the NBA trade deadline as well as Lowry’s birthday. The 35-year-old has been in many trade rumours recently. Some say that Lowry is interested in going to the Miami Heat to pair up with his friend and former US Olympic teammate Jimmy Butler. As part of that deal, the Raptors would like either Tyler Herro or Duncan Robinson.

Some have said that he could play with the Philadelphia 76ers as that is his hometown, and he played his college hoops at nearby Villanova University.

Others have mentioned that the Los Angeles Lakers could be a surprise landing spot. However, ESPN’s Adrian Wojnarowski said that a trade will not go through without Lowry giving his blessing as Toronto respects him too much for his years of service with the team.