They just need his love….

UBC organized perhaps the most random event possible. Student volunteers set up a video booth where students could pass through and dance to Drake’s viral hit “Hotline Bling”. They will now tweet one video at him every 1.5 minutes for 12 hours on Friday. 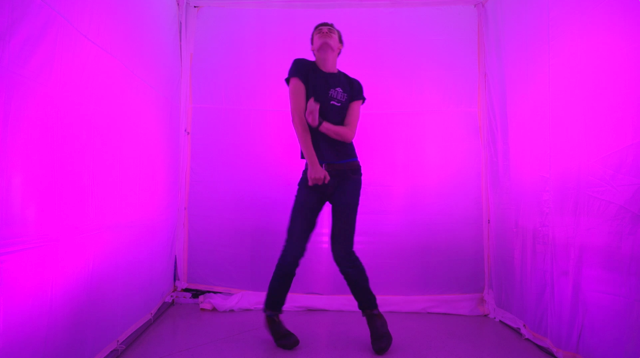 Earlier this week, the Alma Mater Society, Dive, and The Calendar set up a cube video booth in the middle of the Student Union Building, complete with LED lights and white screens to mimic the set used in Drake’s “Hotline Bling” music video. Their goal was to film 200 videos but will likely reach 500 by the end of Thursday, with over 2,000 students participating. The event even made it into Vancouver’s Live Snapchat story on Monday.

With the goal of getting Drake’s attention and bringing him to UBC for a year-end concert, the Twitter account @UBCHOTLINEBLING will be tweeting incessantly at the rapper starting on Friday at 9 a.m.

After tweeting, the team will be putting together a super-cut of the video to go along with the whole song. But why all this effort to get Drake’s attention?

“It would just be cool to show Drake that UBC is a big fan,” says Aaron Bailey, President of the AMS. “Beyond that, we want him to come to our campus. He came to Ryerson’s Frosh event earlier this year, which was awesome. But we’d love to have him join us on campus or perform here. We just want to tell him that UBC people are obsessed with his music.”

As for whether UBC students should expect him to play at their annual year-end AMS Block Party, Bailey says it’s not out of the question, but he doubts how realistic that goal is.

“It would be unbelievable for someone like him to play, but no one of that magnitude has ever played at Block Party. If he did, that would just be out of this world.”