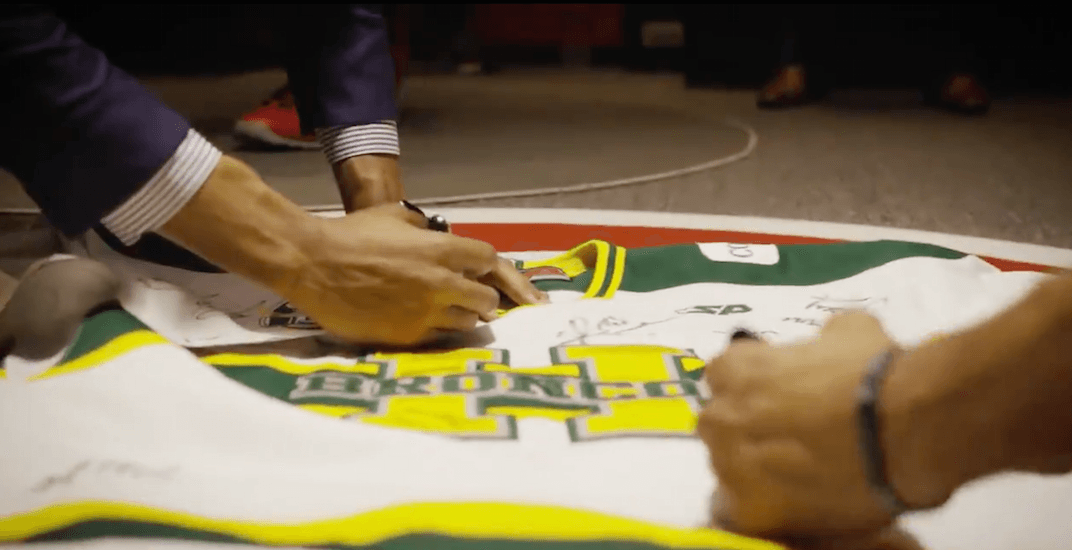 The Humboldt Broncos have been in the hearts and minds of Canadians from coast to coast since the tragic bus crash killed 16 people and injured 13 others in Saskatchewan.

That includes Canadian hip hop artist Drake, who was seen wearing a Broncos jersey from his usual courtside seat during the Toronto Raptors’ opening game of the NBA playoffs on Saturday.

💛💚’s only in these comments #humboldtstrong

After the game, Drake met the Raptors in the dressing room.

“Unfortunately a lot of families suffered from this bus crash,” Drake told the team, before asking players to sign the Broncos jersey for him.

Drake removed the jersey he was wearing and laid it on the middle of the dressing room floor for Raptors players to sign it.

Last night was bigger than basketball.