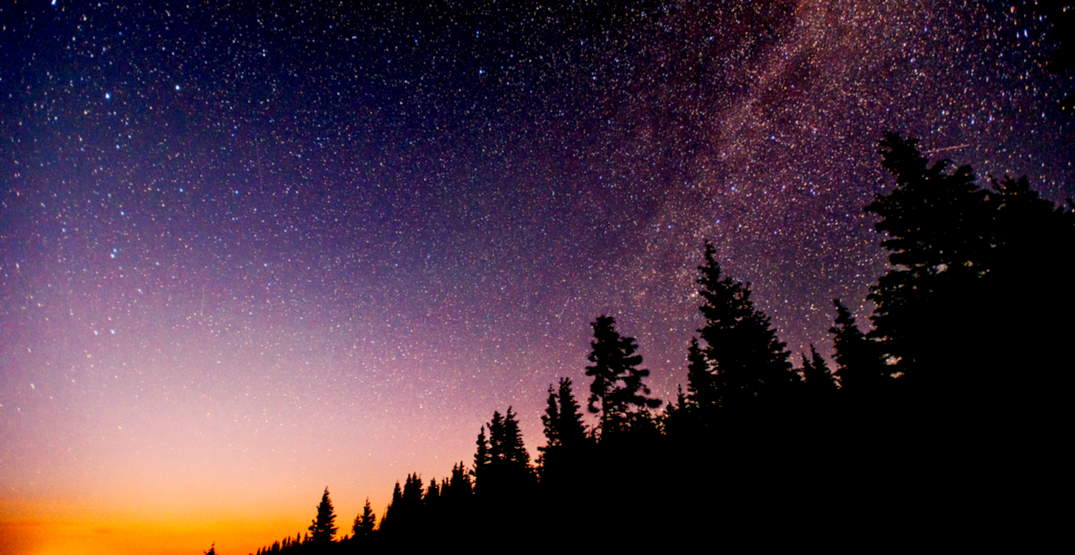 The skies over BC will light up this week as October’s Draconid meteor shower will be putting on quite the show for stargazers.

According to EarthSky, the Draconid meteor shower originates from the “fiery mouth” of the northern constellation known as Draco the Dragon. The shower favours the far-northern latitudes of the US, Canada, Europe, and northern Asia.

The meteor shower is expected to begin on the evening of October 7 or 8.

“The new moon on October 9, 2018, guarantees a dark sky for the peak of this shower,” writes EarthSky.

Stargazer should note that this particular meteor shower is slower than most and usually offers no more than five meteors per hour.

For ultimate viewing, head out first thing at nightfall.

You’ll have to get away from the bright city lights. So you may want to pack up some blankets and binoculars and head out to “dark-sky sites.”

The view will also depend on how clear the skies are that night, so be sure to check the local weather report for your area before heading out.

Grab some friends, warm blankets, and quick snacks and be prepared to be dazzled by natures very own light show!