Virguna tells the story of The Virguna National Park, a UNESO World Heritage Site that resides in the eastern depths of the Congo. The central focus of the film is based on the struggle the park rangers have to deal with on a daily basis to keep the park intact and protect the animals within from poachers and other factions that wish to harm the ecosystem.

This place isn’t only one of the most biodiverse places on the planet, it also calls home to some of the only existing mountain back gorillas left in the world. It also holds a vast wealth of oil underneath its grounds that international oil export company SOCO, desperately wants to access, which would result in the destruction of one of the last remaining government protected utopias left.

The film focuses mainly on three people and their struggle with protecting the park from the local M23 rebels and the secret dealings of SOCO and how they are trying to take over the park by ways of bribery and corruption of the congolese people. The mounting tension between the park rangers, the rebels and SOCO leads into an all out civil war. Bullets are fired, tanks are rolling and the only thing standing in the way of total annihilation is the courage and overwhelming human spirit of these park rangers and conservationists, their dedication to nature and their overwhelming love for these animals and the personal relationships they have with these gorillas which one of them have been looking after since they were only weeks old.

The Good – Andre and his Gorillas 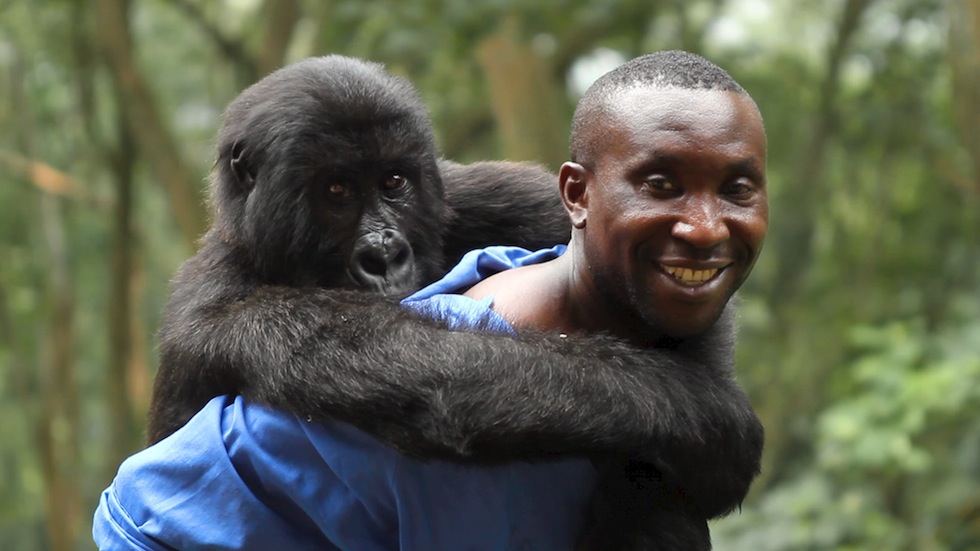 There were many things to like about this beautifully shot and sweeping epic but the one part that stood out and I think many others will agree after seeing the picture is that you will not stop talking about Andre and his relationship with the mountain back gorillas.

Andre Bauman is one of the park rangers in charge of looking after and taking care of the gorillas within the grounds. His story is on the main focuses on the film and in amidst all of the chaos and heavy tones of the film, Andre’s story being a much welcomes lighter side to this story and you are so excited and smile everytime he is on screen. His love and respect for these animals really pulls on your heartstrings and witnessing the scarily human ways he interacts with these animals is astounding and will have you at the edge of your seat with the lives of himself and these stunning creatures become threatened with the looming rebel forces slowly mounting their attack on the Park.

If I had to pick one thing that I can say that from it is it’s running time of 92 minutes. Now, that might seem like a perfect running time for a doc but at times I found myself wandering off from the screen. The content is so powerful and moving you don’t want to take your eyes of the screen but at the same time there is so much information being thrown at you that the more stagnant scenes were a but harder to focus on that the film could of done with an edit of shaving off 15-20 minutes.

That is just me though, apart of this the film hit all the right notes. 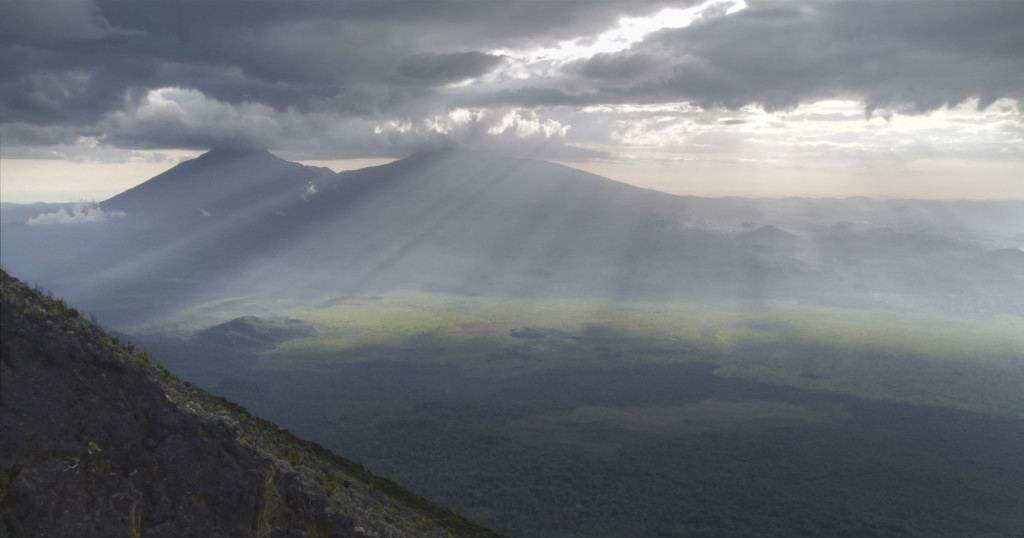 Virguna is the human spirit personified. The tale of bravery and acts of defiance against corporate factions is told in such a bold fashion. Going from a drama, to comedy, and all the levels in between, Virunga never stays on one note and never shies away from the reality of the situation they are portraying to the audience (at one point we follow a group of rangers as they stumble upon an elephant that has had it’s head taken off for ivory).

The three characters we follow in the Doc gives you many perspectives on how people are fighting this war in the Congo. From an officer on the front lines dealing with poachers and the massacre of the parks animals to Andre and his Gorillas and finally a passionate journalist and activist from France (who eventually goes undercover with SOCO employees, wearing a secret button camera to capture the confession of buying off several park rangers and other inhabitants).

This is a story that needs to be seen and told and I was very honored to have been apart of this experience I encourage all of you to do that same.

Screening: May 11 at 7 p.m. The Cinematheque Theater