DOXA 2014 explores bullying in the complex and satisfying documentary The Reunion, making its Canadian premiere Tuesday May 6 at the Vancity Theatre.

Remembering high school can mean fond nostalgia or painful flashbacks depending on where you were in the social hierarchy. In Canada and around the world, students leave secondary school permanently scarred by the harsh words and harassment they endured at the hands of their peers. Too often the perpetrators have no recollection of their behaviour and live unaware of the damage it did.

Anna Odell’s high school experience in her native Sweden was a constant struggle. She was bullied, ignored, and heartlessly pranked. Odell, who is now a well-known artist in Sweden, had prepared a speech about the abuse, and planned to say her piece at the class’ 20 year reunion party (with documentary cameras rolling). Sadly, she was the only grad not invited. 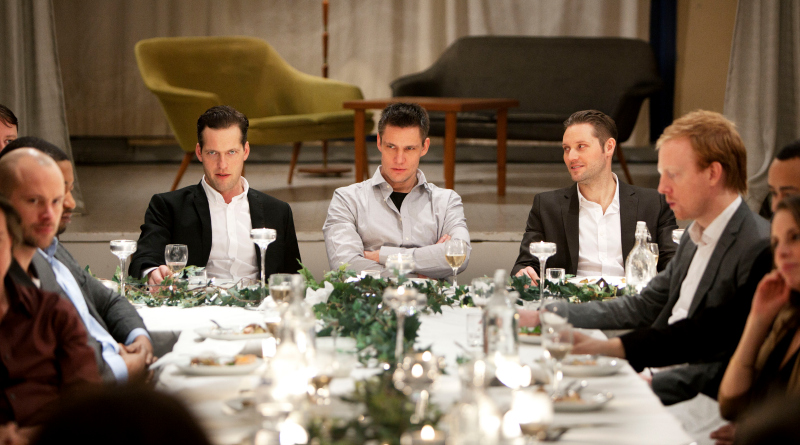 Unable to capture the real event, Odell reimagined her doc project, and this work became The Reunion. She filmed an elaborate reenactment of the reunion, this time with her in attendance to give the speech. With actors portraying her classmates, Odell, as herself, instigates the unpleasant scene they all hoped to avoid by excluding her. She takes her old tormentors to task and dramatically upends what was supposed to be a fun-filled evening. It’s well-acted, honest, and often difficult to watch. And that’s only the first half.

Part 2 shows the audience what happened when Odell tracked down her real classmates and invited them to watch the reenactment. When confronted with the unpleasant truth, the reactions of the class are as varied as they are intriguing. The rudeness, fakeness, and finger-pointing Odell uncovers is a reminder that childish behaviour is alive and well in the adult world too.

A provocative and at times brutally emotional film, The Reunion holds a mirror up to our teenage selves and questions the excuse of youth for high school crimes. This doc bends the rules of fiction and non-fiction, and tells a vulnerable story in its unconventional but captivating format.