Because everyone and their mom literally showed up to the Granville big screen fan zone for Game 2, Vancouver is moving the zone to a new location on Georgia Street for Game 3. The new zone includes two big screens at Homer & Georgia and Hamilton & Georgia.

The Stanley Cup playoffs are proving to be crazier than the Olympics, with more bodies freely flowing through the streets with every victory. With the exception of the 1994 riot and the Olympics, there’s little precedent to the size of the crowds that has been growing to celebrate the Canucks. I’m happy that the public high-fives have found a happy medium, and I’m absolutely impressed with how many people are showing up downtown. I can only imagine if we manage to top off the Olympics.

But enough said, here’s details on the new zone being constructed:

A map of the area courtesy Vancity Buzz. 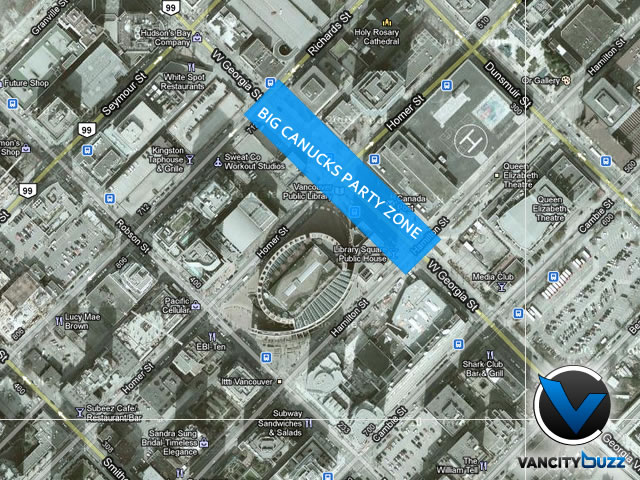 From the Buzz staff we wish everyone a great time and keep it safe!