Lots of places are popping up near the new Vancouver Convention Centre and Giovane Cafe is one of them. I tried them out after seeing people rave about their Sugar Bun. However, not having much of a sweet tooth, it was a while before I managed to make it down. Once I decided on going though, I reviewed their online menu and was delighted to see that they had fresh pizzas and paninis too, in addition to a host of sugary baked goods. 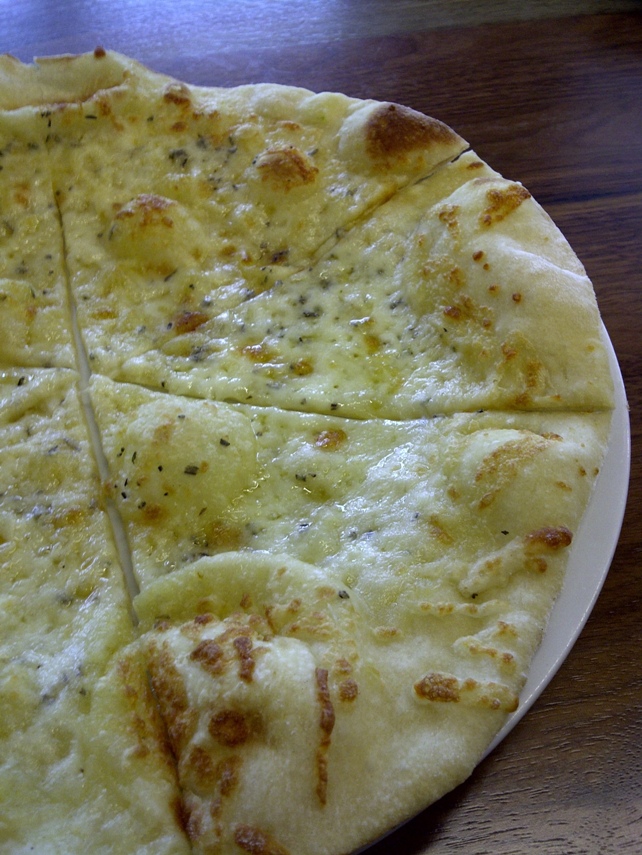 Since I had given up meat, I decided to go for a Bianca Pizza, made with Mozza and Fontina and melted with garlic and rosemary, and then topped with some rock salt. Really tasty and not heavy at all. The mild cheese melted together nicely and you could really taste the earthiness of the rosemary. 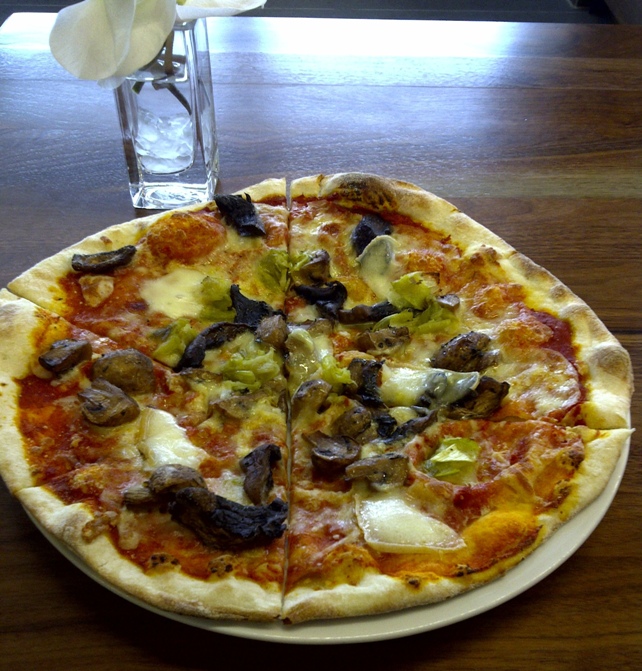 The other pizza we got was the Funghi Misto Bosco – loaded with mushrooms and melted in tellagio with some leeks and thyme. This is another one of those dishes where you don’t really miss the meat. We did add some chili flakes to it but that’s really all it needed. On a side note, their chili flakes are pretty fresh, and packs a nice little bit of heat! 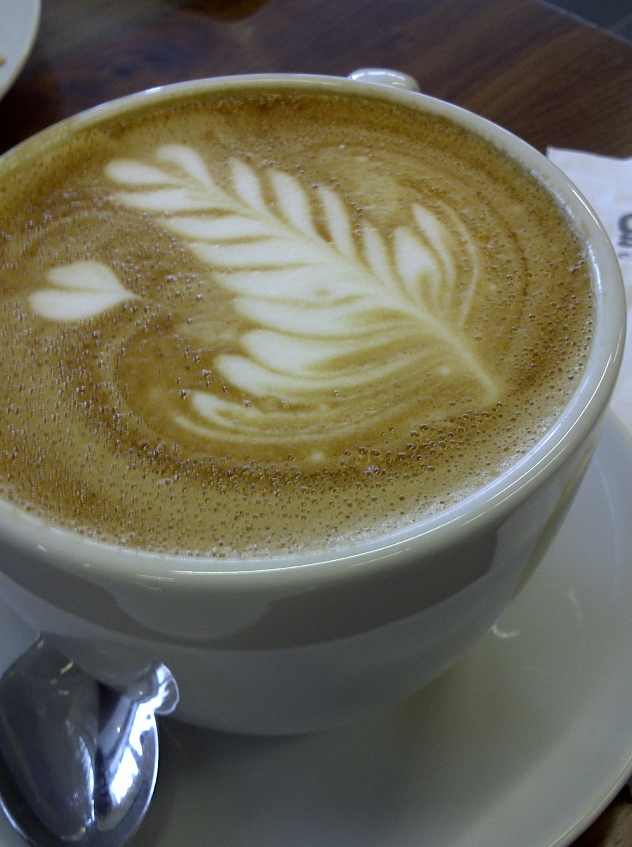 Although I gave up coffee, we had to order one because of the pretty patterns that make with the foam. Never having been exposed to coffee art, I was quite easily impressed by this design. Unfortunately, I didn’t taste the coffee so can’t make any comments on it.
Now I can’t wait until Lent is over to I can go and have their Charcuterie Panini, and maybe even a sugar bun! Note: they also sell loaves of their Brioche, Sourdough and other breads.