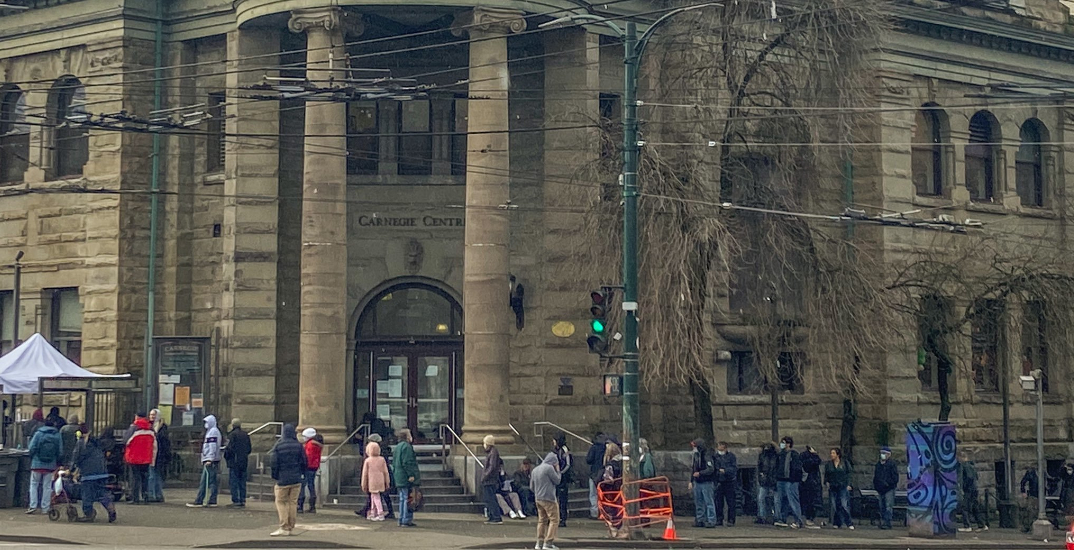 Residents of the Downtown Eastside received their first dose of a COVID-19 vaccine on Friday as part of Vancouver Coastal Health’s efforts to immunize priority populations.

The health authority said that, given the dual public health emergencies of the pandemic and the overdose crisis, the community is especially vulnerable to the impacts of COVID-19.

The temporary clinics are intended to provide broader access to vaccines, Vancouver Coastal Health said, rather than the site-by-site approach taken previously.

Those who are homeless, as well as residents of shelters, SROs, or supportive housing, were eligible to receive a vaccine at the sites.

Vaccines have arrived in the DTES.

My team at @Binners_Project made about 50 phone calls this morning to get people into lines at the 4 drop in sites today.

It doesn’t feel like an exaggeration to say that this is one of the most important things we’ve done in the past year. pic.twitter.com/x5H7wjQS7n

The health authority noted that it had seen clusters of COVID-19 cases in congregate settings, such as shelters and SROs, where physical distancing is difficult.

“We have transmission in some of our shelters,” Henry said.

“We know that people in those situations are much more likely to get severe illness, end up in hospital. So we are doing some targeted immunization in those communities.”