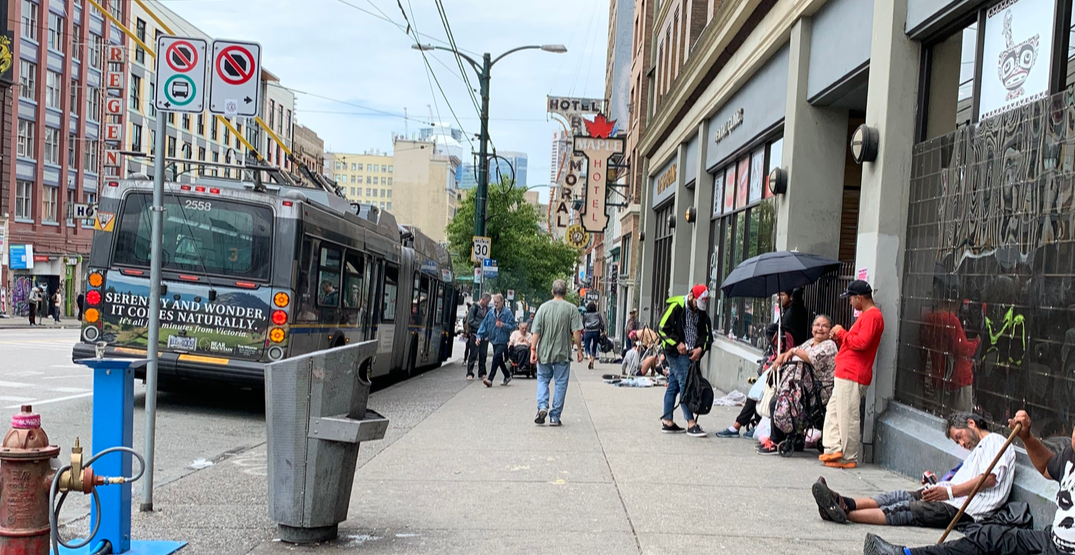 Calling the situation “serious and urgent,” a group of organizations in Vancouver Downtown Eastside (DTES) announced they have mobilized to “immediately respond” to the threat posed by COVID-19 on the community.

“In a neighbourhood where space, food, supplies, and everything is shared, if we have one infection, it could decimate this entire community,” said Wendy Pedersen, Organizer, DTES SRO Collaborative Society. “Living conditions are already dire, and this is only going to get worse if we don’t act now.”

This mobilization of businesses has officially been dubbed the DTES Response.

According to the group, approximately 15,000 people are at risk in the DTES; 3,000 are homeless and 4,700 are at high risk in privately run Single Room Occupancy hotels (SROs).

“Under these conditions, self isolating and social distancing is extremely difficult. SRO tenants share bathrooms and many do not have access to soap, making regular hand washing impossible,” the group says. “SROs do not have kitchens, soup kitchens have shut down, food banks have limited stock, and disruptions in informal economies creates loss of income.”

Compounding the issue even further, “many SRO tenants don’t have cell phones, so in self-isolation, they can’t stay connected, communicate, or get necessary information.”

In response, the group says it has been mobilizing resources and coordinating operations to mitigate the challenges. This includes activating networks in the community to create a stop-gap plan for the most urgent needs; for instance, providing food, cellphones, and money for loss of income.

And on the weekends, “there is no food available.”

DTES Response has set up a collective fund to raise $100,000 for immediate needs that will go toward a number of groups, including:

On Wednesday, BC’s Provincial Health Officer Dr. Bonnie Henry spoke about the challenges facing the neighbourhood in the midst of the global pandemic – particularly when it comes to physically distancing from each other and preventing community spread.

As such, “making sure we’re supporting them in getting their health and medical needs supported, and doing the best that we can to keep this virus out of that environment” remains as important as ever.

“These are not simple problems, and solutions can’t just be forced up on people,” said Henry. “We have to do it in a way that respects people and that protects as many people as possible.”