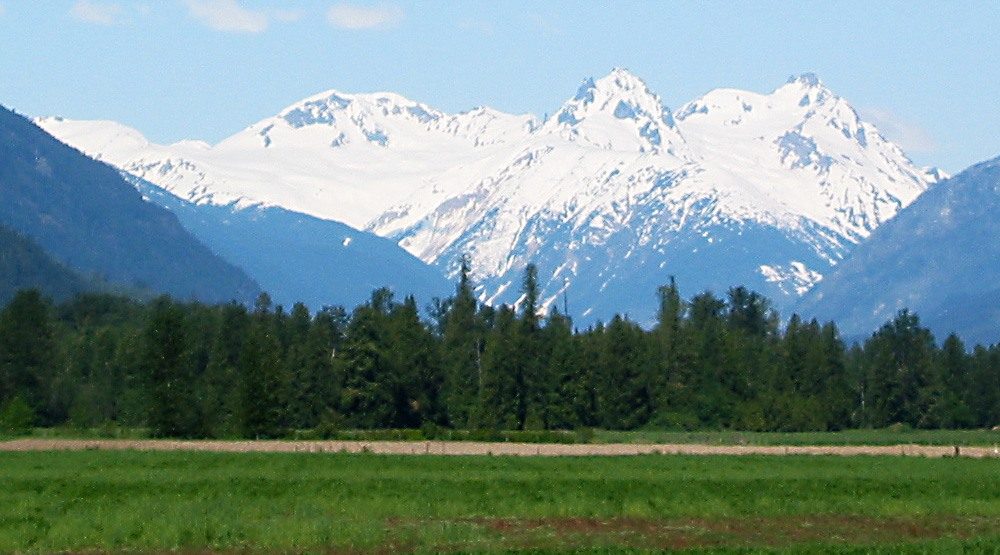 Researchers are stepping up their observations of Mount Meager near Pemberton, BC, after new signs of activity were spotted on the dormant volcano.

Natural Resources Canada lead volcanologist, Melanie Kelman, told Daily Hive new holes in the volcano’s glacial ice were first seen back in July. The holes are known as fumeroles, and have been observed to emit a lot of steam, and some hydrogen sulphide, as well as carbon dioxide.

As to why they suddenly appeared, Kelman believes that in fact, the fumerole field may have been there all along.

Kelman says fumeroles are common on dormant volcanoes, and are caused by heat under the ground. The geothermal activity in the Garibaldi Volcanic Belt means a high heat flow from deep in the earth,” said Kelman.

“Coupled with ground water, this can create high activity in the hydrothermal system.”

But don’t worry – despite the presence of the fumeroles, Kelman says, it doesn’t necessarily mean the volcano is going to erupt any time soon.

“It takes a lot of work to bring magma to the surface,” said Kelman. “[The fumeroles] are a fascinating feature, but it doesn’t mean the volcano is going to erupt.”

To be a little more certain, Kelman says, researchers have checked on seismic activity under the volcano, and installed an extra seismic station to allow better detection. But seismic activity that could be a sign of an eruption there is minimal, says Kelman. Also, there is no sulphur dioxide being released, another precursor ahead of an eruption.

Overall, Kelman says, she doesn’t believe the volcano has changed. It is still dormant, in a background state, and is not moving towards eruption. However, Kelman says,  the fumeroles do pose one extra hazard.

“If someone was up there on the ice or in a helicopter landing on the glacier, it would be dangerous because of the toxic gases,” she said.

So maybe let’s take the hint and give Mount Meager a bit of space for now.