In all the controversy and conversation about affordability and home ownership in Vancouver, what most often gets lost is how we define home. Vancouverites seem hell bent on the idea that the single family home is the ultimate real estate play. It’s not. Talk to people who have worked their whole lives towards owning a single condo, or a family who intentionally and happily decided to buy into the low-maintenance lifestyle of compact urban living and it becomes quickly evident that there are affordable alternatives with some great perks.

Take Trevor Jones, a welder, and his wife, Amber, a nurse. They have an 11-month-old baby boy and have been renting in East Vancouver for years. An avid saver, he recently put together a downpayment of 5% on a new two bedroom condo in River District Vancouver and they expect to move into the brand new community along the Fraser River in a couple of years. What excites him most about his decision to live an urban, compact lifestyle is no commute (he works on Mitchell Island) and being walking distance to shops, services, riverfront trails and a new school.

When he moves in, Trevor will be paying only slightly more than the $1,750 per month rent he was paying for his two-bedroom apartment in Trout Lake. “We love Vancouver and knew we couldn’t afford a house,” he says. “I just didn’t want to drive and our condo is on the water and it was a decent price. Especially compared to other cities like London or Sydney where I’ve lived before.”

Trevor and many like him prove you #DontNeed1Million to live in Vancouver. Don’t believe the hype. Urban compact living in Vancouver is inevitable and a choice to embrace, as it is in other cities. If you expect to live in a single family house in Vancouver, you might need to adjust your expectations.

Many of the people interviewed for Wesgroup’s #DontNeed1Million campaign actually prefer living in compact urban spaces in walkable communities. They like the lock and leave, little to no maintenance, the amenities, reduced commute and the extra disposable income. And they are part of a growing trend. More than 50% per cent of residents living in Toronto and Montreal live in condos, and the number is quickly rising in Vancouver. Is that a bad thing? Not if you are worried about affordability. Check out this equation: $19,000 saved plus $65,000 household income equals a $384,000 condo.

“We wanted to live in a cool community with shopping and bank within walking distance without a commute,” Trevor says. “We found that for under $400,000 at River District where they’re building a huge, safe community with shops and services and a school that my son will go to one day. There will be a pool, park, river trails. With 5% down, we won’t be paying much more to own a two bedroom than we did paying rent. Condos aren’t expensive. It’s a choice. I want to live close to downtown and close to where I work. I’m a simple person. I don’t need a lot of stuff. I’d rather spend my money on other stuff like family vacations. People here grew up spoiled. They expect to live in a house with a backyard. But we need to suck it up. We gotta live like everyone else.”

As all of the #DontNeed1Million homeowners can attest, those numbers are true for Vancouver. Here are some of their thoughts on condo living:

“I was renting and I didn’t want to keep paying someone else’s mortgage, but I didn’t think I had enough to buy until a mortgage broker friend told me I could do it,” says David Walmsley, a digital marketing strategist. “There’s a huge misconception in Vancouver about what people can buy. We’ve had it beaten into our heads that it’s unaffordable. It’s not.” 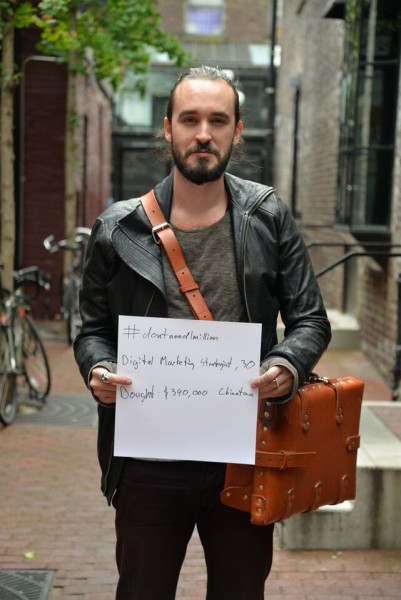 “We moved back here from Australia because it was cheaper to buy here,” says Jessica Thomas Cooke, co-founder of W/M Influencer Agency. “We weren’t looking for a three-bedroom home. I bought a one-bedroom home but when I tell people that, they say you bought an apartment, not a home. But it’s home to me and it doesn’t matter how big it is. I thought it was a bargain. We have to adjust our standards. This is the way the world is moving. There’s no use complaining. If you want a house for $300K, move to Saskatchewan. If you want the Vancouver lifestyle, you have to pay for it.” 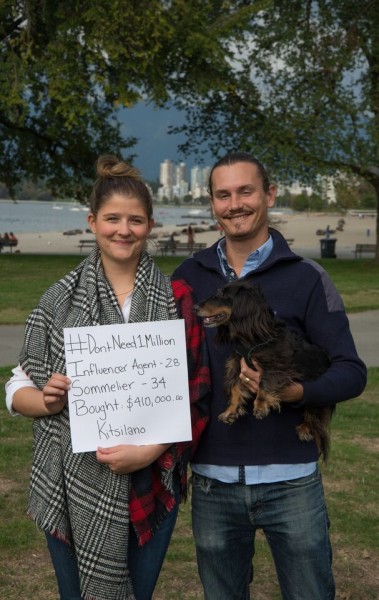 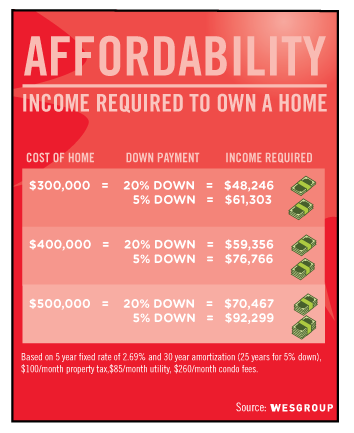 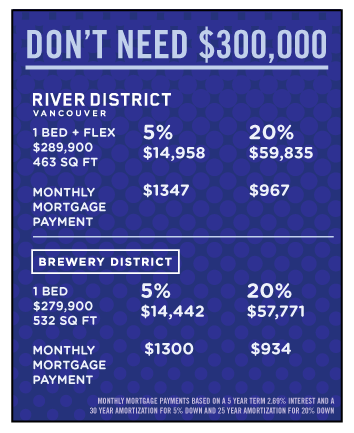 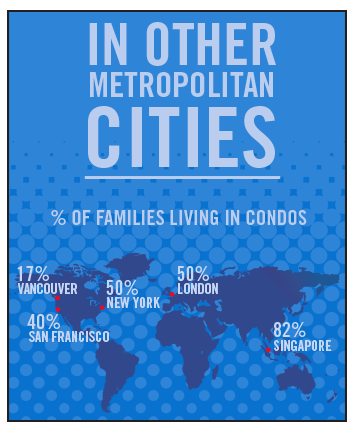 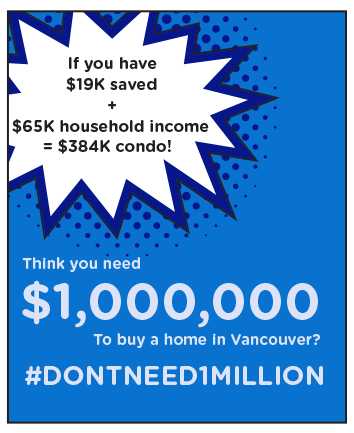