If you love the Scripps National and rocked the spelling bees in elementary school, but wish it was all a bit sexier, you’re in luck. Vancouver’s first ever Strip Spelling Bee will go down at the Rio Theatre April 15th.

Sherwin Sullivan Tija invented this format, and he hosts them every few months in Montreal and Toronto. It’s much like strip poker, but with a live audience and more academic cred. Can I get the language of origin, please?

Here are the official rules, as stated on the event’s Facebook page:

One by one, participants are asked to spell a word. If they get it right, they sit down. If they get it wrong, they must striptease A THIRD of their clothing off, and that is considered their first “strike”. When they misspell a second word, that is their second strike and they must striptease ANOTHER third off. A third and final strike requires that they strip down to their underwear.

After three strikes, a participant is out of the competition. But they should take heart – because while they may have lost, the audience has most certainly won.

Both the winner of the Bee and the Best Striptease of the night win insane prizes!

While the Best Speller of the night will be chosen through purely quantitative means, Best Stripper is chosen in a more qualitative manner by our Secret Judge whom we have embedded in the audience. As with all things, if you compete in COSTUME, the Secret Judge will look more favourably in your direction.

All striptease spellers do not pay cover.
Anyone can drop out of the competition at any time AFTER the completion of the FIRST round.

This is a queer, senior and trans-friendly event. We have a NO BOOING policy strictly in effect. No photos are allowed except by our host, who will talk to each of the contestants and ask if this is okay when they sign-up. Our goal is to have everyone feel safe, secure and comfortable enough to strip and spell.

Regarding the No Photos Rule – we also have a SNITCH POLICY. If you are a member of the audience and you witness someone taking a surreptitious photo, BY ALL MEANS, interrupt the proceedings, come up to one of the hosts – SNITCH on the guilty party, and once they have been dealt with, you will be rewarded with a free drink. 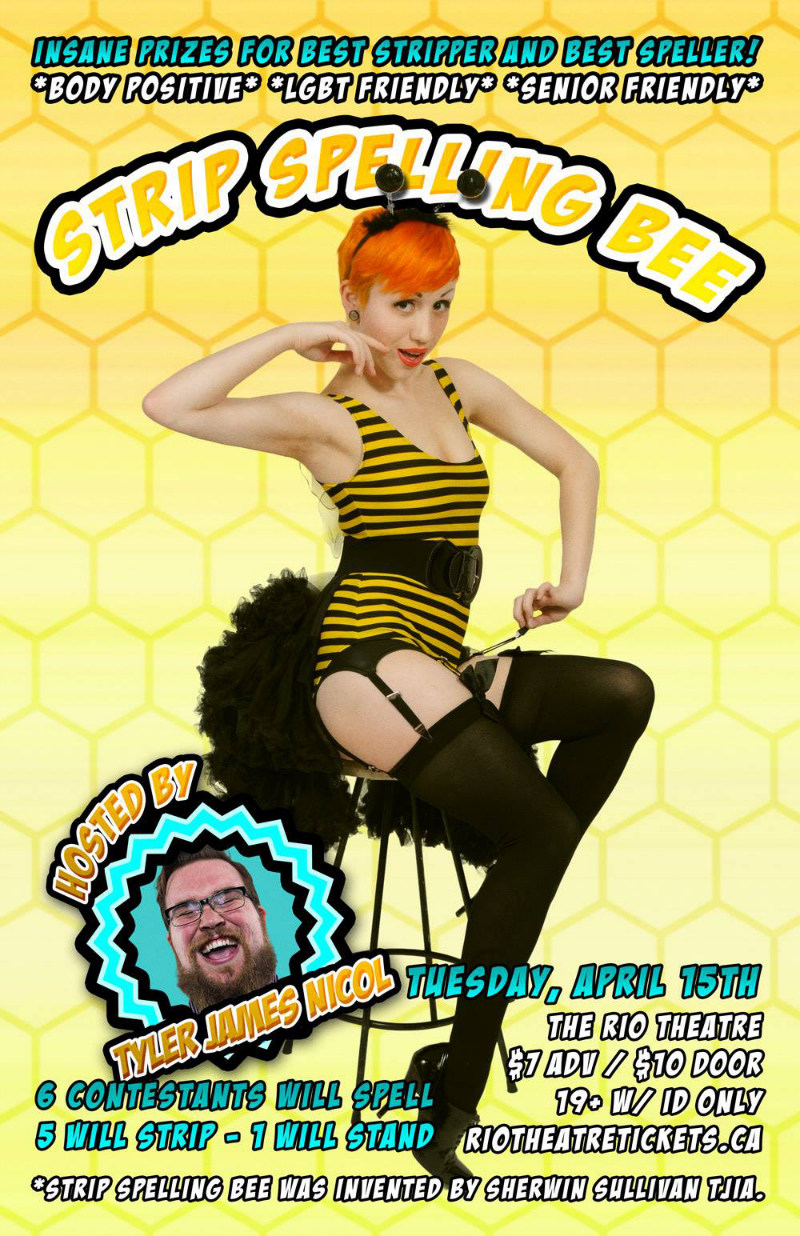