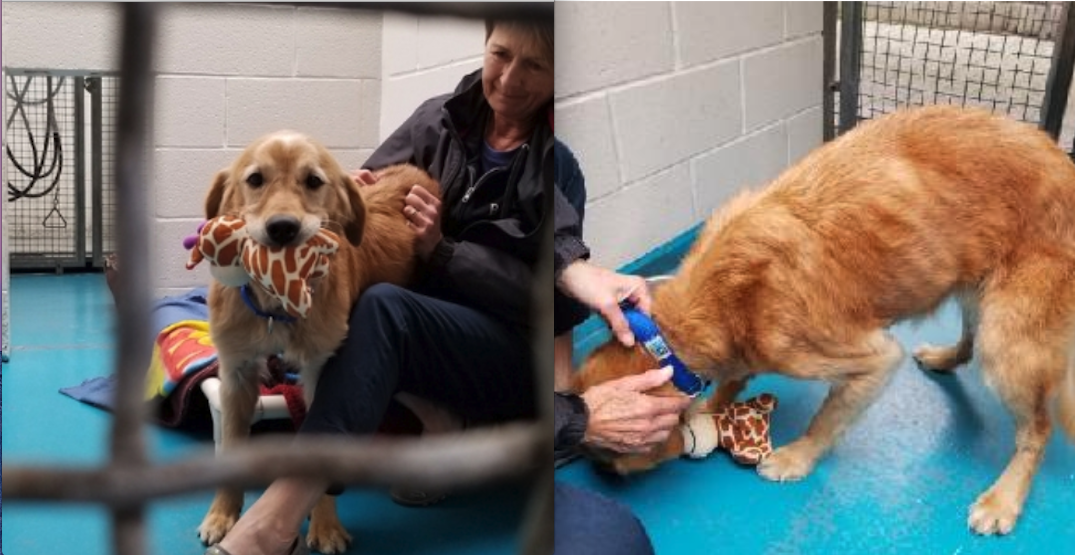 Goldie the golden retriever/ BC SPCA

Donations are pouring in for an emaciated golden retriever rescued by the BC SPCA.

Goldie’s previous owners tethered her outside for the past several years where she received minimal food. This resulted in a horrific dental condition from chewing on and eating anything in her reach.

According to the BC SPCA, Goldie’s teeth were worn down to the root, causing her intense pain. Nearly all of them need to be extracted.

The group put out a call for donations to cover Goldie’s dental procedure, which is estimated to cost $6,712.

The money will go towards surgery, medication, vaccinations, regular health checks, and care for the dog.

“This will be a long and costly procedure, but the only way to ensure Goldie will be able to live the rest of her life in as much comfort as possible,” said the organization in a release.

Since the announcement, donations have reached over $9,000.

The BC SPCA says there is an ongoing investigation into Goldie’s owners and how she got into such terrible condition.

Goldie will be put up for adoption after she has fully recovered. More information about how you can contribute to Goldie’s procedure is available on the BC SPCA website.