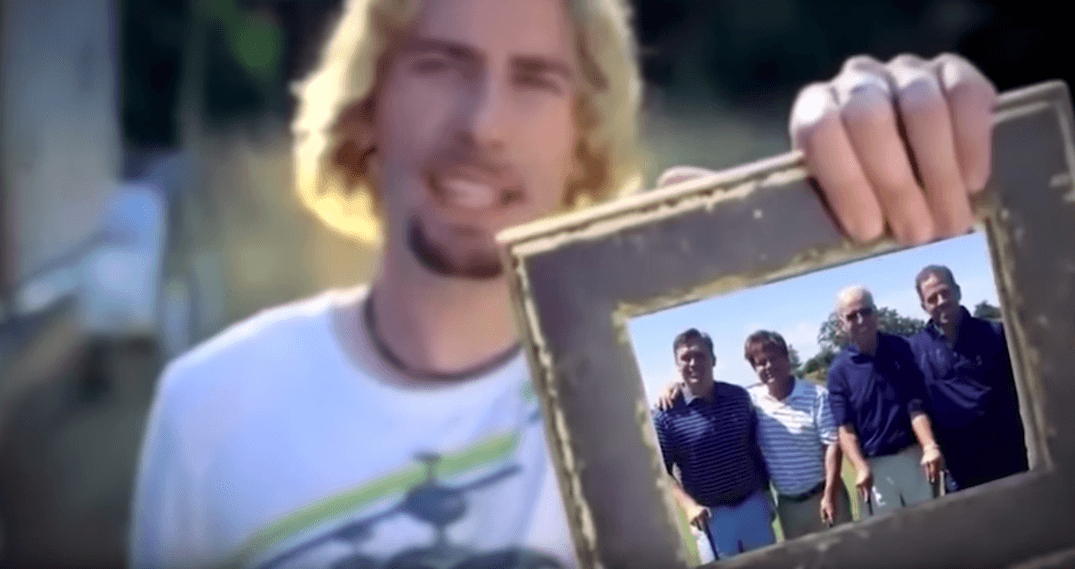 Nickelback, arguably the most ridiculed popular band in history, have suddenly become heroes of the left.

And all it took was one tweet from US President Donald Trump.

On Wednesday, Trump posted a tweet that took aim at Democratic presidential candidate Joe Biden. Despite using the caption, “LOOK AT THIS PHOTOGRAPH!”, the tweet was in fact a video of Biden saying he had never discussed business dealings with his son. The intro was then followed by a clip of Nickelback’s 2005 single “Photograph” which has generated numerous memes, and includes Chad Kroeger holding a picture up to the camera singing the lyrics.

In Trump’s very own meme, he includes a picture of Joe Biden, his son Hunter, along with an edit labelling one man as a “Ukraine gas exec.”

LOOK AT THIS PHOTOGRAPH! pic.twitter.com/QQYTqG4KTt

As with many Trump tweets, this one went viral.

However, within hours of it being posted, it looks like the video has been taken down by Twitter.

For those looking to find the video, a message now reads: “This media has been disabled in response to a report by the copyright owner” — AKA Nickelback.

And just like that, the Canadian band that everyone loved to hate, has become loved by many. 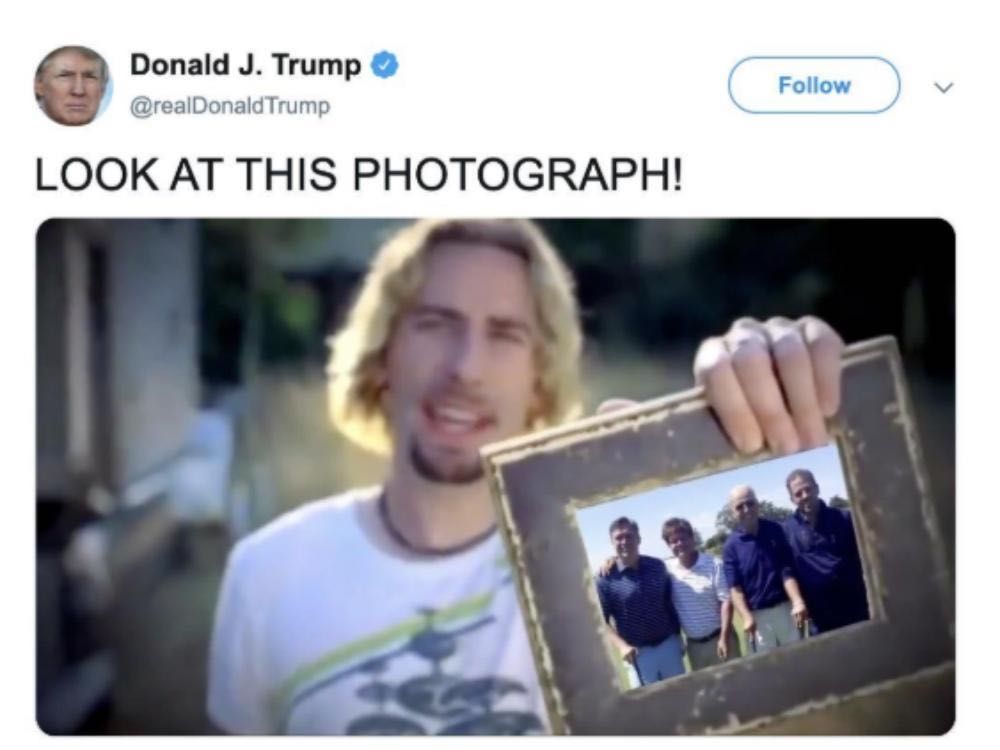 “The US President got owned by Nickelback” isn’t a phrase I ever expected to utter, but here we are. pic.twitter.com/Hpl8GSM7aK

Nickelback have reported Trump for Copyright infringement, I KNEW I was right to love Nickelback

Only one villain could make millions defend Nickelback

When you’re so awful that even Nickelback hates you: pic.twitter.com/dmFHNea49v