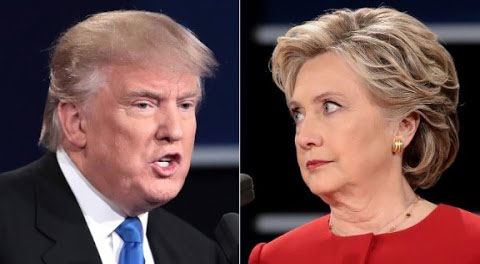 Hundreds of people crammed into Steamworks Brew Pub on Monday night to watch the first presidential debate between Donald Trump and Hillary Clinton.

The event, hosted by the Vancouver chapter of Democrats Abroad, was attended by 400 people – although the group was only expecting about 50 people.

“It became larger than life,” acting events manager Bodil Geyer told Daily Hive. “It was so much fun. People were yelling and screaming at Trump, applauding Hillary.

“It was awesome. Everyone was factchecking what Trump said on their phones.”

Geyer says about 40% of the debate watchers were members of the Democratic Party, but the rest were from all over, especially Scandinavia, Mexico and Canada.

“Everyone is afraid of Donald Trump being elected,” said Geyer, who adds that this election is forcing people to consider the very fabric of what is North America.

“Canada is not the country of xenophobia and bigotry, and Canadians and Americans living here don’t want the US to elect somebody who’s going to have those sorts of values.”

However, there was one lone table of Trump fans, at the debate event, described by Geyer as a group of very “clean cut boys”, all university students.

‘History in the making’

Eli Gershkovitch, CEO of Steamworks, told Daily Hive that members of all political parties are welcome at the brew pub.

“We’ve had people in from all colours of political parties here in Canada,” said Gershkovitch. “The Democrats Abroad were very welcome.”

On the popularity of the event, he said simply, “Some people just want to see history in the making.”

Geyer says Democrats Abroad is one of the largest expat political organizations in the world, with 120,000 members in Canada.

The Vancouver chapter will be holding events for all the upcoming debates, although Geyer says they are now rethinking their plan for election night on November 8.

“We would normally expect 350 people based on previous elections. But now we’re scrambling, we think it’s going to be really crazy,” said Geyer.