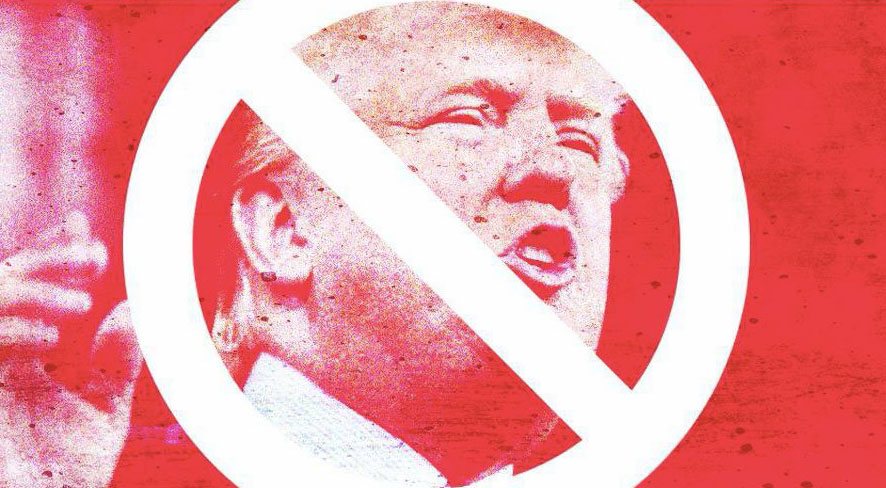 “In a world with so much fear and uncertainty, the last thing we need is a President of the United States who spews hate and incites violence,” Lewis told Daily Hive.

Someone as “unstable” as Trump should not have access to nuclear weapons, says Lewis, or negotiate climate change deals when he thinks global warming is “a hoax.”

“As good neighbours, and global citizens, we can’t sit idle. Not when the election is this close,” said Lewis.

So, Lewis says, the group’s goal is to stop Trump by connecting Canadian volunteers supporting with the Hillary Clinton campaign.

Lewis is hoping to recruit Canadian volunteers to travel to the “battleground states” of Nevada, Florida, Pennsylvania, New Hampshire, and Virginia.

There, they would join Clinton’s campaign field offices and directly reach out to voters. Clinton campaign staff would provide free housing.

“Every American we reach, and encourage to vote, will make a difference,” said Lewis.

Lewis understands not everyone can travel down to the US, so urges anyone who can’t hop over the border to make phone calls using the Clinton campaign tools.

According to the US Federal Election Commission, it is permitted for foreign nationals to volunteer their personal services to a candidate in a US election.

This is not the case in Canada, where it is illegal for foreign nationals who are not permanent residents to induce the electorate to vote.

Lewis says he has spoken and listened to many Trump supporters – and he finds the situation alarming.

“The vitriol and hate they have for Hillary Clinton seems to be shielding them from paying too much attention to the outrageous and dangerous things Trump has said,” said Lewis. “It’s like this wilful ignorance. I find that really scary.”

Lewis may be supporting Clinton now, in hopes of defeating Trump, but he’s a Bernie Sanders supporter at heart.

“I really liked what Bernie Sanders stood for, and I think it’s really important for that movement to continue during (I hope) a Hillary Clinton administration,” said Lewis.

“She needs to be held accountable and the progressive movement in the US needs to reclaim the heart and soul of the Democratic Party.”

Editor’s Note: An initial version of this story said CRAT would take donations to cover travel costs for volunteers heading to the US. We are now informed this is not the case.