Not that we have a choice, but a surprising 30 per cent of British Columbians don’t think it would be bad for Canada if Donald Trump won the next U.S. Presidential election.

The numbers are revealed by a recent Insights West poll which surveyed Canadians’ attitude toward the controversial presidential hopeful, finding that 62 per cent of us think that an Oval Office run by Trump would be either bad or very bad for Canada.

Seventy per cent of British Columbians think Donald Trump would be bad for Canada, meaning that 30 per cent either disagree or are indifferent. That number shrinks to 65 per cent and 64 per cent in Ontario and Alberta respectively. 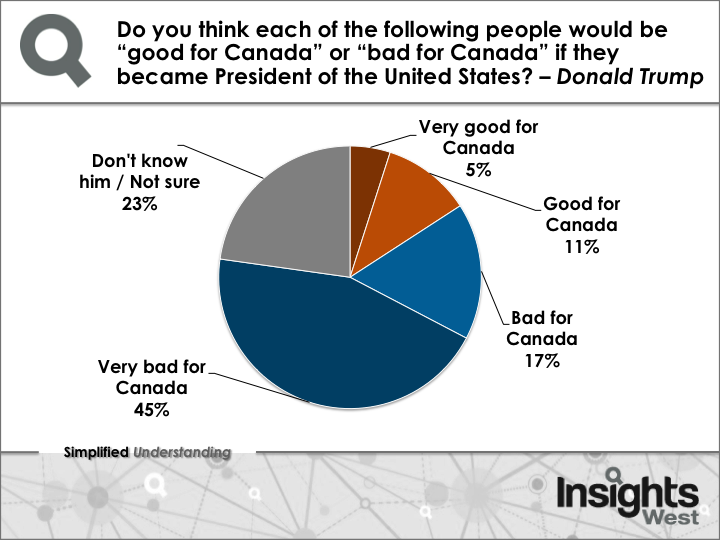 A total of 16 per cent of Canadians say they hold positive views of Trump.

“At a time when Canadians cannot agree on most political issues, Donald Trump has emerged as a unifier of the left and the right,” says Mario Canseco, Vice President, Public Affairs at Insights West. “Canadians of all political stripes are voicing concerns about the effect that a Trump victory would have on the country.”

In contrast, 55 per cent of Canadians think Democrat candidate Hillary Clinton would be good or very good for Canada. People in Quebec are her strongest supporters with 66 per cent of them agreeing her presidency would be good for our country. 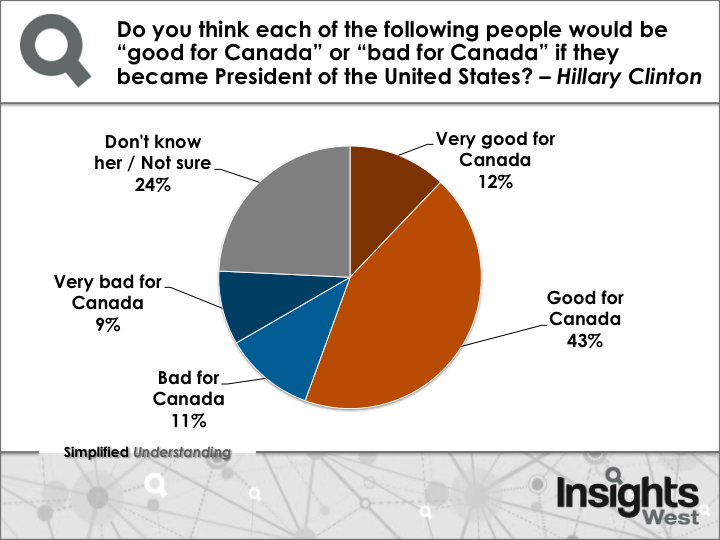 Take our poll: Would you vote for Donald Trump as President?