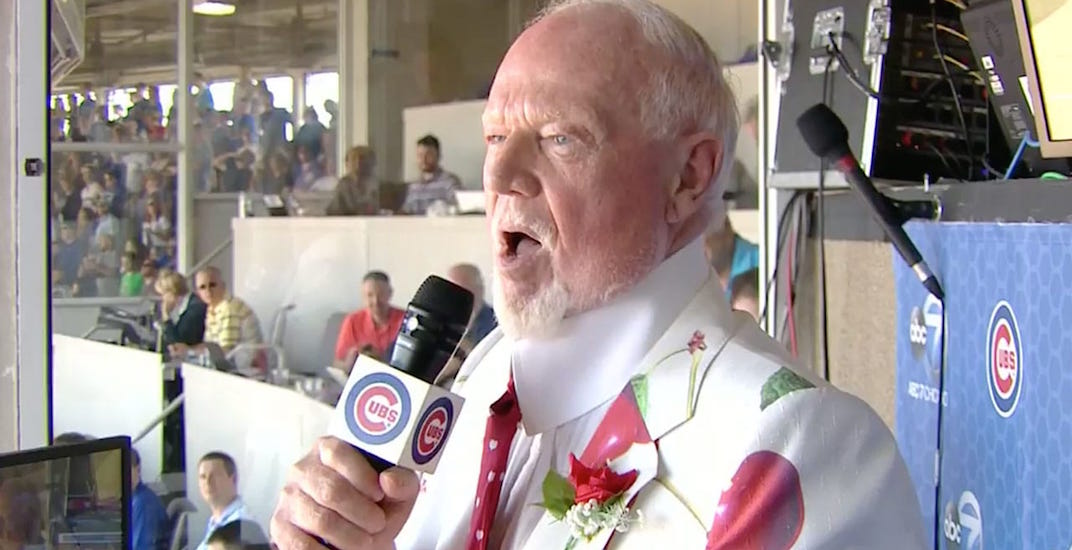 It’s the first trip to Wrigley Field in Chicago for the Toronto Blue Jays in 12 years, and seemingly everyone has made the trip.

That includes Don Cherry, the 83-year-old legendary hockey broadcaster, who showed up at Wrigley in suit only he could wear.

Of course he did.

“Let’s sing Harry’s favourite song,” he said, giving a nod to Harry Caray, before belting out Take Me Out to the Ball Game during the seventh inning stretch.

The 7th inning stretch with a "Cherry" on top! pic.twitter.com/4HBKP2VVQh

Cherry, a noted Blue Jays fan, was unusually diplomatic during the song. Though he refused to sing “root, root, root for the Cubbies,” as is customary at Wrigley, he didn’t change the lyrics to Blue Jays.

Instead, he changed the words to “root for the best team.”

Unfortunately for the Blue Jays, Cherry’s singing talent wasn’t able to inspire them enough for a victory. They dropped their second-straight game at Wrigley, losing 4-3 to the defending World Series champions.