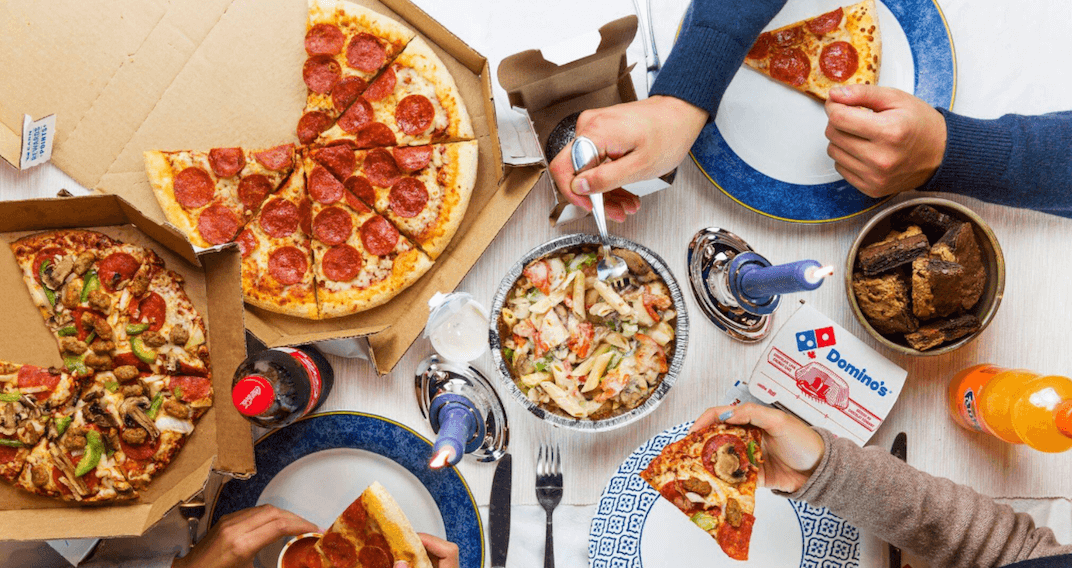 Forget a year’s supply of diapers and a fancy stroller, we just found the one thing every new parent needs in their life.

The world leader in pizza delivery has teamed up with a baby registry powered by Gugu Guru to give customers the opportunity to purchase a variety of gift cards to Domino’s, themed to use before and after their little ones’ arrival.

To give you a since of what to expect (from Domino’s) while you’re expecting, a few of the 10 product options available include: ‘Sleeping Through The Night,’ ‘Hormonal and Hangry,’ ‘The Gender Reveal,’ and ‘Dadchelor Party’.

Every package includes different offerings and they vary in price from $20 to $50.

Unlike the hugely disappointing KFC bath bombs, which weren’t available to ship in Canada, the Domino’s Pizza cards can be added to Canadian parent’s baby registries with absolutely no hassle.

Your biggest concern will be whether to add the Domino’s ‘Oven Baked To Perfection’ onesie to your basket as well.

The pizza chain announced this new offer in a press release earlier this week, which launched a full nine months after Domino’s launched its wedding registry (sadly, that one wasn’t open to Canadian residents).

So, if you’re an expecting parent and you’re into this, rest assured knowing after the big delivery there will be more delightfully cheesy deliveries to follow… and probably heartburn to follow that.