An Ontario man has been charged with robbery after police say he stole a dog at gunpoint and accidentally shot himself in the leg while attempting to escape with the purloined pup.

According to Peel Regional Police, on December 20, the victim arranged to meet someone online to potentially sell Tarzan, a nine-week-old purebred American Bulldog, in the city of Brampton, Ontario.

After meeting at a residential neighbourhood, law enforcement said in a release that the victim handed the puppy to the suspect. The 20-year-old refused to pay, and instead produced a gun they believe to be a Colt .45 firearm that was later found in the area.

The suspect then allegedly attempted to flee on foot with the animal. During the escape, police say he shot himself in the leg, causing him to fall to the ground and drop Tarzan.

Police responded to a call at 7:31 pm by the victim and promptly located and arrested the injured suspect. According to the release, he was transported to a local hospital where his injuries were determined to be non-life threatening.

Tarzan was returned, unharmed, to his owner.

The Brampton man was charged with Robbery and firearm related offences. He is scheduled to attend the Ontario Court of Justice in Brampton on Saturday. 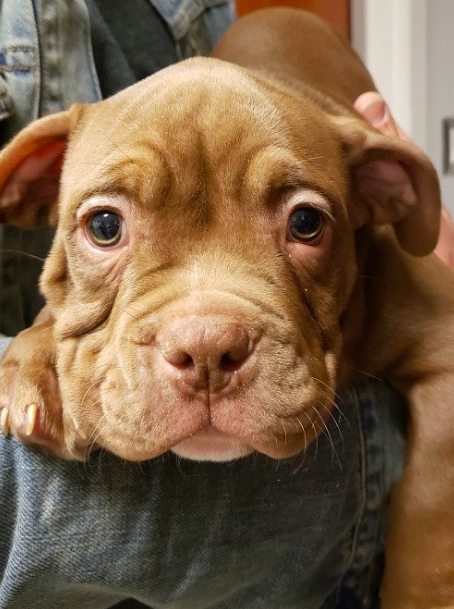