One look at Guiness’ twisted legs and you immediately know something horribly wrong has happened in his young life. The good news is, there’s something you can do to help.

This wee Chihuahua-terrier mix was just seized by cruelty investigators as a part of an SPCA probe and is now being taken care of at the Chilliwack branch.

The two-year-old suffered broken legs at some point, but his owners never took him to a vet, so his front legs are badly deformed and every step is very painful. He constantly stumbles.

I can’t even think about how much pain you’d be in if both your legs were broken, but this young dog still manages to be affectionate with humans and really friendly, according to shelter staff.

A worker at the branch told me that even though they see dozens of “really hard cases” this one brought them to tears. 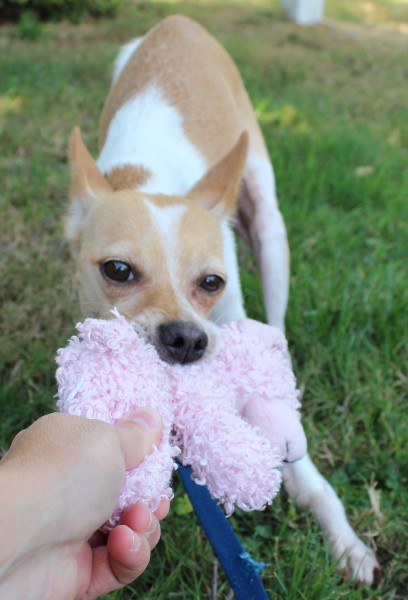 Guiness needs to undergo surgery to amputate his deformed front leg, and repair the left front leg, so he can finally walk without pain.

And don’t feel bad thinking about this little man being a “tripod”: staff believes because of his age he’ll eventually be able to run and play like a normal, happy pup.

“Even with three legs, he can still live a long, happy and active life,” said branch manager Ivanna Ferris. “He has such a terrific personality.”

The cost of the surgery, plus months of medication and rehabilitation, is expected to cost several thousand dollars and the SPCA is appealing to the public for help.

Guiness will also be up for adoption once he’s back on all paws.

“He’s so loving and just wants to snuggle you and be with you – we’re hoping he’ll find a forever home with humans who will return the love,” said Ferris.