North Shore Rescue responded to calls for a dog rescue in the North Shore Mountains on Thursday evening.

According to rescuers, a 120 pound lab named Fraser was unable to complete the return hike from Norvan Falls due to cuts on his paws and exhaustion.

Other hikers who passed the distressed dog and the owner notified the Lynn Headwaters staff when they returned to the trailhead. Volunteers from North Shore Rescue were deployed and began hiking the trail with a stretcher and big wheel.

And to shorten the hike and ease the rescue process, a helicopter from Talon Helicopters was flown in to a nearby helipad in the mountains.

“NSR contacted Talon Helicopter’s owner Peter Murray and informed him of the situation,” reads a statement by John Blown with NSR. “Peter has a soft spot for dogs and graciously offered one of his helicopters free of charge.”

The dog was carried in a stretcher and transported to the waiting helicopter at the helipad approximately 3 kilometres away. Both the hiker and dog were evacuated safely before dark. 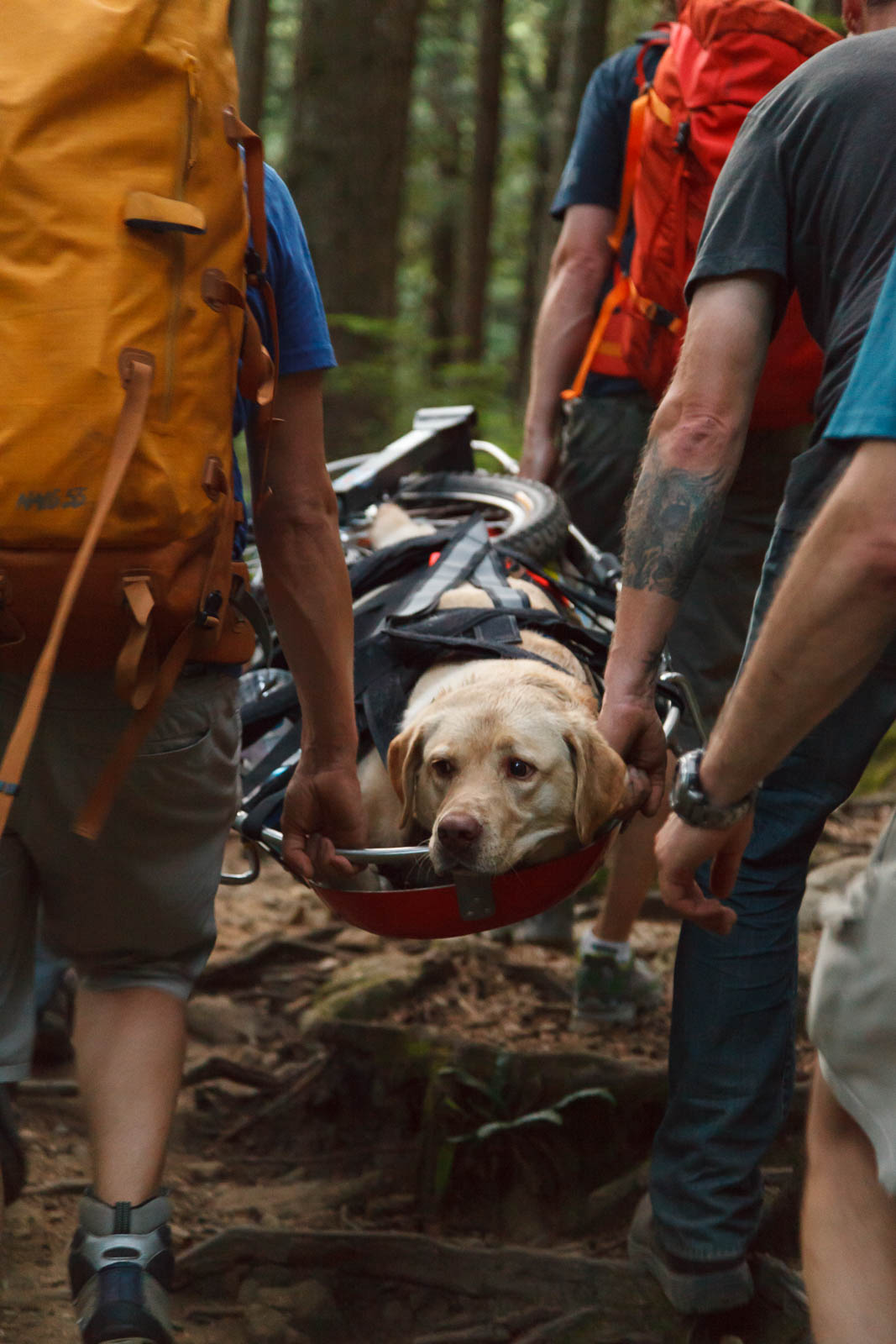 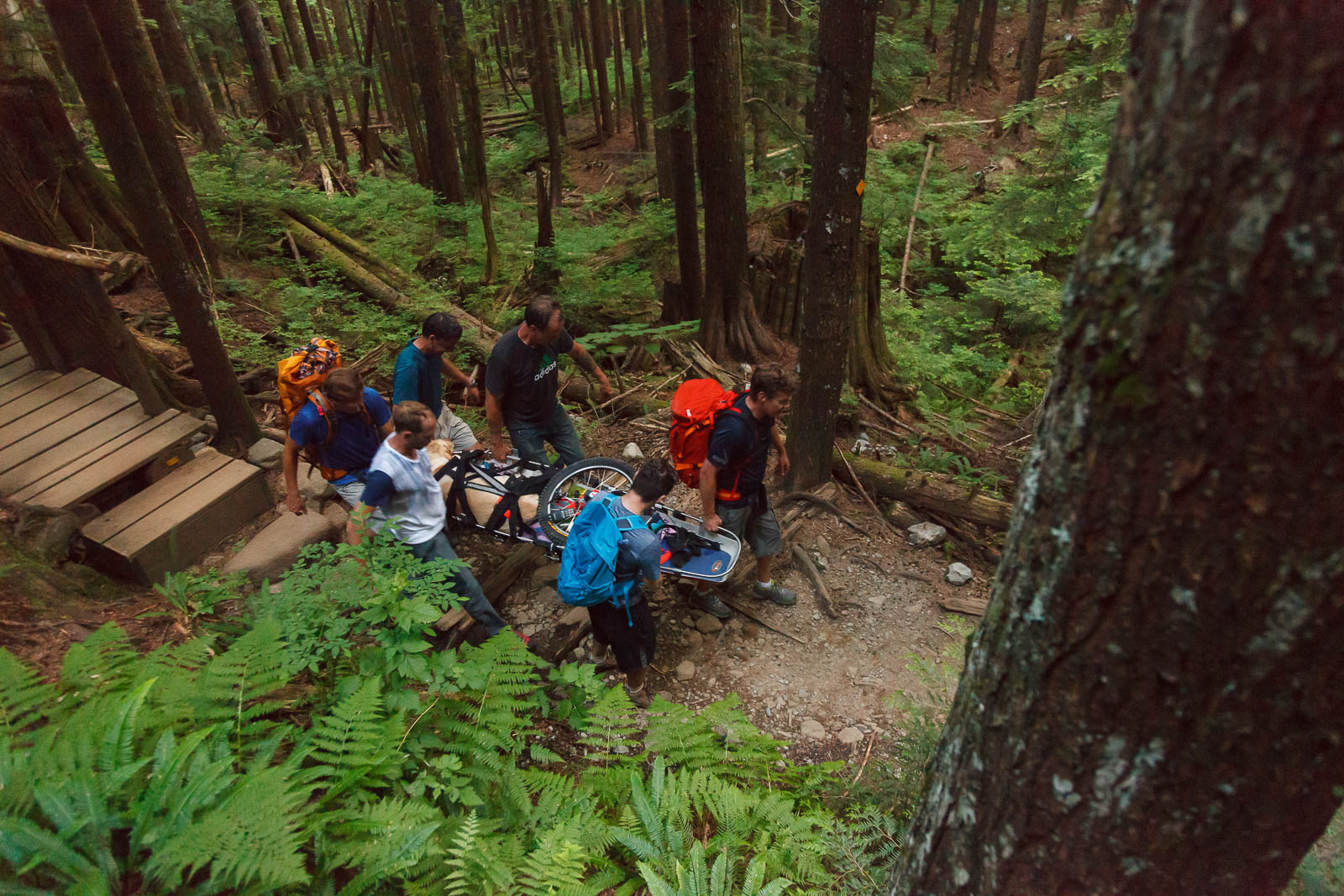 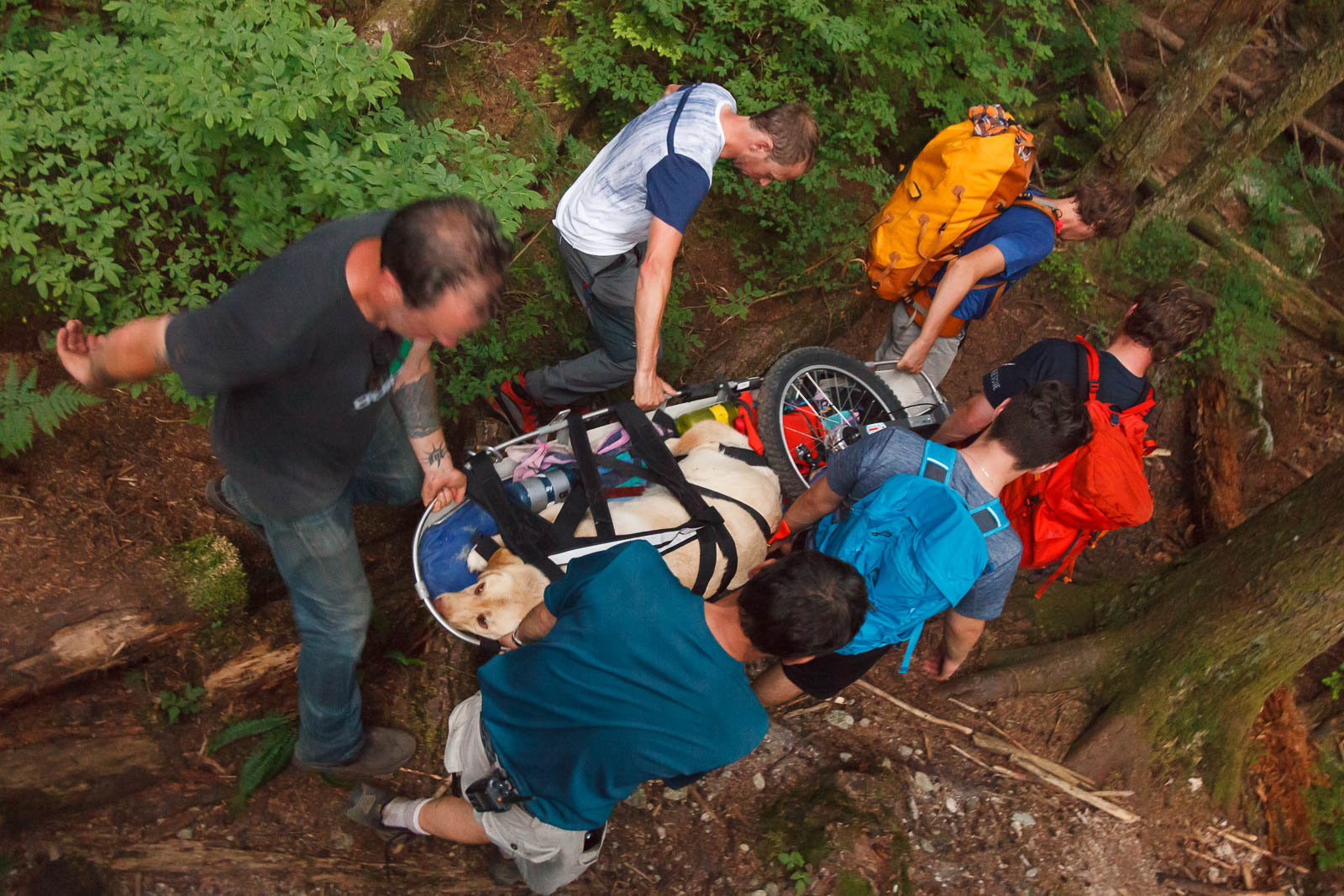