When it comes to dog attacks, the majority of Canadians agree they’re isolated incidents that are the result of bad owners, not specific breeds like pitt bulls or Rottweilers.

A new Angus Reid poll says that 58% of Canadians feel this way, while only 42% say certain breeds are inherently more aggressive. People aged 55 and over are the most divided on the issue, with a 50/50 split.

The feeling of blaming owners over breeds is strongest among Canadians aged 18 to 34. 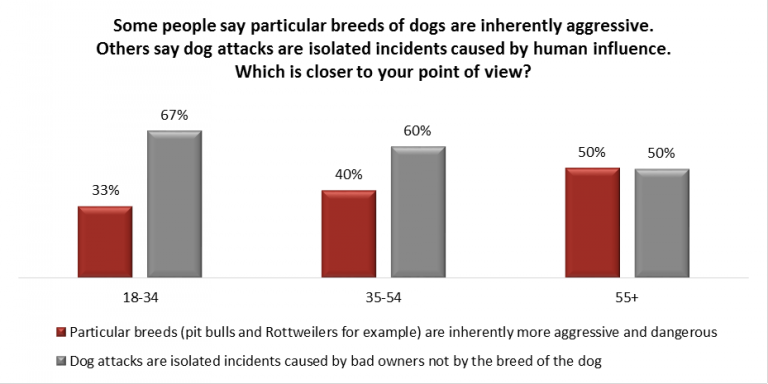 Two in three Canadians support rules that require so-called dangerous dog breeds to be muzzled, but only two in five support banning those breeds altogether. Canadians were most supportive of legislation that would prevent folks who owned dogs that had attacked people from owning dogs in the future. 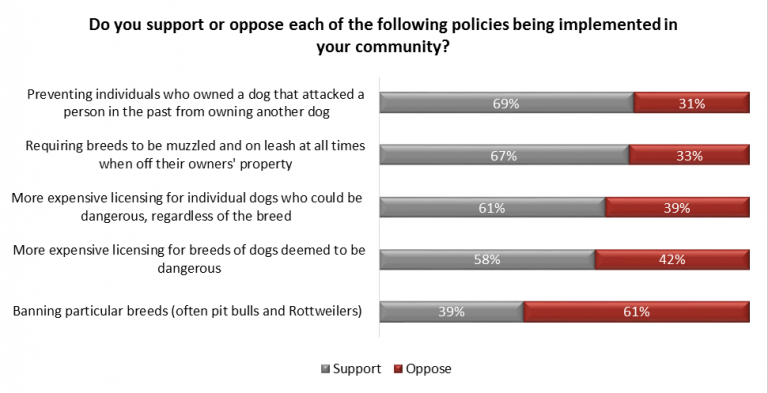 The Canadian Safety Council estimates that 460,000 people per year are bitten by dogs nationally, but very few of them result in serious injuries.

A Richmond woman was left critically injured in December after a Rottweiler cross attacked her and two other people. The attacks sparked heated debate in the age-old argument of vicious dog breeds versus vicious owners.