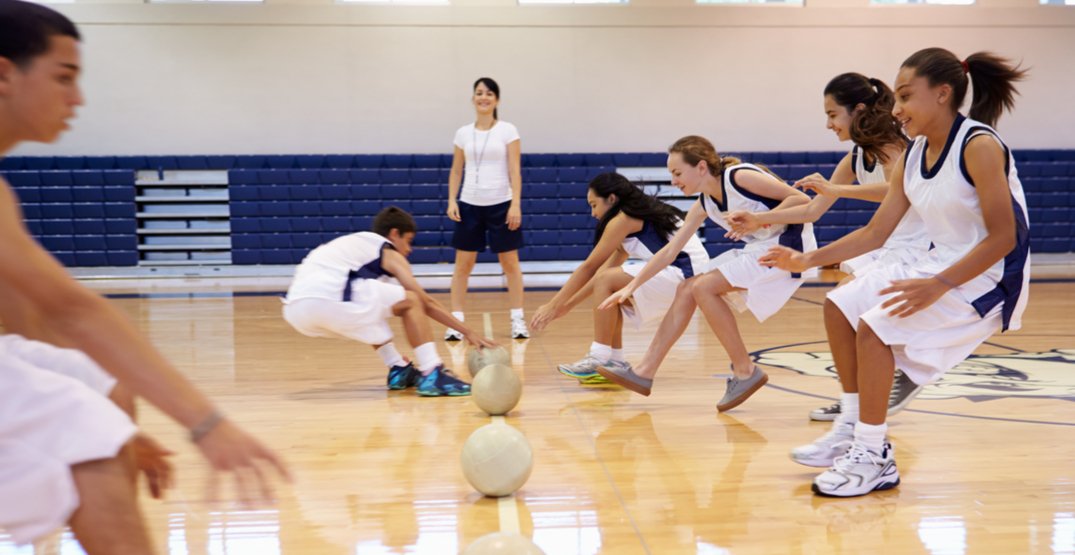 When it comes to the types of activities people recall from their school gym class days, few are more widely recognized than dodgeball.

But now, a BC university professor involved in a new study said it might be time to rethink the sport – and its inclusion in gym class rotation altogether.

“In a free society, students can play that game when outside of the classroom,” said Joy Butler, a curriculum and pedagogy professor at UBC.

The issue she said, arises when one looks at the game from the perspective of a high school setting, where attending all classes is mandatory.

The problem, is that “a lot of students say that dodgeball is their number one reason for not attending school on the day that they know that dodgeball is going to be played,” she said. “That’s a bit worrying.”

Butler said that during the study, researchers received written responses to survey questions from students.

Some of the feedback, she furthered, “was heartbreaking. There was clearly bullying going on in PE, whether it was dodgeball or not.”

Butler said other responses revolved around issues such as the fact that “the more athletic students would band together on one team and leave the others out.”

The result for those left out was that they were not only “pretty disenfranchised about being on the other team, they also got badly beaten.”

Butler said the whole set-up goes against “true meaning of competition, which is about two evenly-matched teams.”

Compounding the situation even further, she said, is kids not only feeling left out by not being on the “cool” team, but “the game of dodgeball just gives license to the students to let rip: aggressively throwing an object directly at a human being – the only game in which this happens – by the way,” she explained.

Butler clarified that while other games involving passing objects to one another, dodgeball is the only sport which “uses the human body as a target with the intent to harm or intimidate.”

As such, she said, the game of dodgeball as part of a school gym class schedule goes against the effort of trying to teach students to have an “ethic” of care.

“If we create an environment where we are deliberately throwing the ball to hit somebody, – even if it is part of the game – they’re still being encouraged to throw it as hard as they can,” she said.

Butler said that since researchers have gone public about their findings, there has been no shortage of feedback from those on both sides of the fence, and that the subject of dodgeball and bullying is a  “very contentious topic” of discussion.

“People get really hot under the collar talking about it,” she said. “You’re either for it or you’re against, and there doesn’t seem to be any grey area in between, and that’s very curious.”

She also questions what it is about dodgeball that’s “bringing this out in everybody,” and wonders why “why we can’t have just a reasonable, rational conversation about this.”

Butler noted she has heard advocates on both sides of the argument.

Supporters of the game she said, point to things like the fact that dodgeball “can be highly motivating, allows students to practice skills, provides excitement [is] an outlet for aggression, and [provides] plenty of exercise.”

This who oppose the inclusion of the game in school gym classes, she said, point to things such as “only dodgeball uses the human body as a target, [it] dehumanizes opponents, and can create unsafe conditions.” In addition, skills that people claim dodgeball provides “can be proved much more effectively through other PE experiences.”

So with these latest findings, is it in fact time for dodgeball to be removed from the school gym class rotation?

“I’m not an advocate for banning it, because I think people get more entrenched when that happens,” she said. “I think a more healthy and educational way of dealing with it is to look at what we should be teaching in PE, how do we need to be teaching it, and of course, why should we be doing it.”

If one examines dodgeball “really” closely, she said, “the conclusion that you come to is that this isn’t a safe game to play for everybody; fun for some of them, but not for all.”

One of the mandates of teaching physical education in school, said Butler, is creating “an inclusive, safe environment, and I don’t think dodgeball does that.”

Other games teaching similar skill sets can still be played, without the intimidation or bullying factor of dodgeball, she noted.

“Basketball for example, can still be played really hard, but you’re not aiming the ball directly at another person,” said Butler. “It’s time that teachers started looking very closely at what we’ve got in the curriculum.”