In a city as diverse as Vancouver, it can be difficult to find that emoji that really illustrates what you’re trying to say.

Up until now, nearly all emojis have been white. You can’t tell your friend how much of a diva you are unless you’re blonde, and giving a big ol’ white thumbs up isn’t fair if your skin colour is anything other than ivory.

It’s even been tough to show some Canadian pride without the ability to wave that Canadian flag emoji so dearly missed from the Apple keyboard.

Like all aspects of social progress, things have to start small. In Apple’s case, they’re making headway with a new set of tiny, but diverse, emojis.

In a new beta version of OS X only available to developers, Apple unveiled the miniature new feature with a big punch.

Along with a number of other additions to the emoji library, the company now offers male and female faces and the thumbs up/thumbs down icons in a range of skin tones from golden yellow to black. The princess and construction worker icons will also be more diverse.

But don’t go looking to send one yet; the some 300 new emojis will only be available to developers until later this year when iOS 8.3 is released. 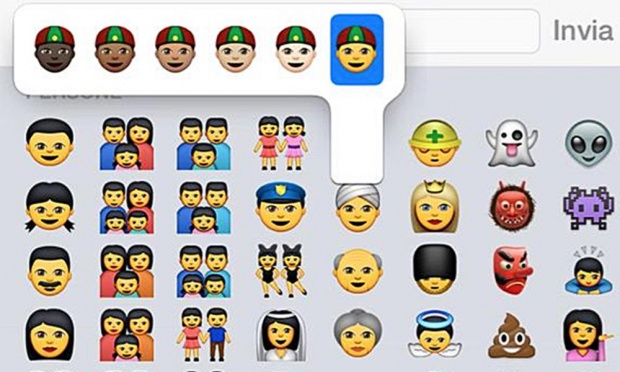