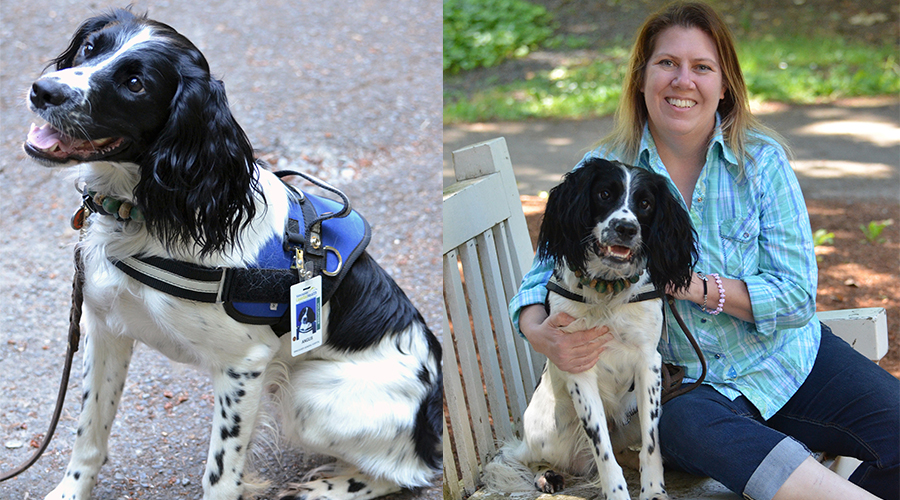 Vancouver General Hospital has welcomed Angus to their team, a two-year-old English springer spaniel who has spent the last year-and-a-half training to sniff out C. difficile.

The superbug is especially dangerous to those with immune systems that have been weakened by antibiotics and is the most common cause of infectious diarrhea in hospitals and long-term care facilities.

Angus is the first dog able to sniff out C. difficile in the world.

“We’re thrilled to have Angus join our infection fighting team in the battle against C. diff,” says Dr. Elizabeth Bryce, regional medical director of infection control at Vancouver Coastal Health.  “We recognize Angus is still young and building up his stamina, so we’re exploring several options for his deployment. He has been issued hospital ID, and we anticipate he will begin working this summer.”

Angus’s nose can detect the disease that’s otherwise invisible to the human eye, and finding it is crucial to the health of patients. Once he’s found an area of the hospital that’s harbouring the disease, staff clean the room with a UV light disinfecting robot that kills 99.9% of the C. difficile spores.

Teresa Zurberg, Angus’s owner, experienced just how horrifying C. difficile can be while she was being treated for gash on her leg. After contracting the disease and nearly dying, she decided to put her background as a trainer for drug and bomb detecting dogs to good use.

After finding Angus in Montana, she approached VGH with her idea, and the rest is history.

And in case you’re wondering, when Angus isn’t sniffing out diseases, he’s dock diving with his friend Roger Dodger, Zurberg’s other spaniel.