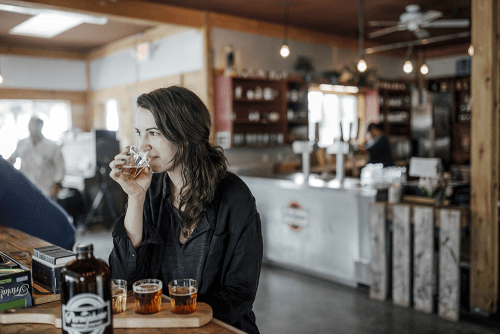 BC brewers aren’t simply putting craft beer on the map — they’re mapping out how to get to the province’s best local pours.

The BC Ale Trail links enthusiastic craft beer communities including the Comox Valley, Nanaimo, the Sunshine Coast, Port Moody, Victoria, and Whistler. Even though BC’s craft beer scene is still relatively new and fresh on the international stage, its reputation is growing quickly with more than 120 breweries in operation around the province.

You’ll discover inventive pours throughout the trail with tasting rooms run the gamut, offering everything from outdoor patios to farm-based breweries.

We’ve compiled a BC Ale Trail itinerary taking you from Vancouver to Nanaimo, through the Comox Valley and all the way over to the Sunshine Coast. 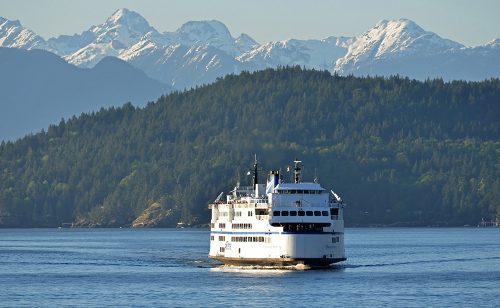 Enjoy a trip unlike anything you’ve experienced on a regular road. Experience a BC Ferries voyage and enjoy the spectacular view, an essential part of your journey. Remember to make reservations for any routes through coastal BC. You’ll leave from Metro Vancouver’s Horseshoe Bay and arrive at Vancouver Island’s Departure Bay right beside Nanaimo. 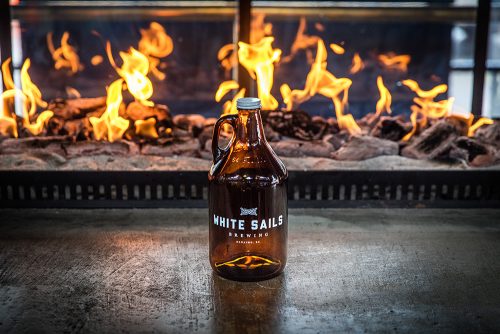 Welcome to Nanaimo’s newest craft brewery and taproom, White Sails Brewing. You’ll enjoy jam sessions and check into one of the many open mics nights, not to mention an excellent patio for summer sipping. Flagship beers include the light, crisp citrus fruit of the Departure Bay Session Ale and the medium-bodied caramel malt of the Yellow Point Pale Ale. There’s no kitchen but patrons are welcome to purchase snacks provided by local food producers. This includes soft pretzels from Columbia Bakery and salsa and chips from Delicados. Feel free to order takeout from a local restaurant delivered right to your table or bring your own nibbles instead. 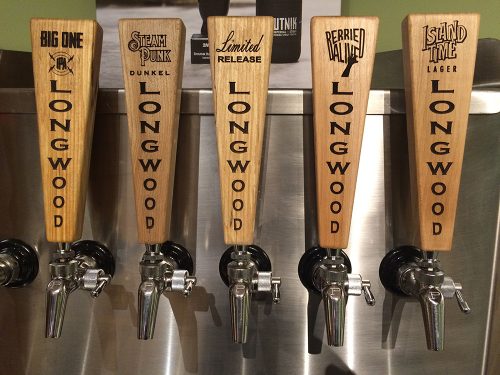 Longwood Brewery is a small operation with a big heart, located in Nanaimo. The Tasting Room and Growler Bar features a locally crafted cedar surfboard as its bar, ideal for pulling up a stool to sample the Longwood lineup. Pours include the lightly-hopped Berried Alive raspberry blonde ale and The Big One IPA, a classic British-style brew featuring unprocessed whole hop flowers; seasonal favourites include the Independent Imperial Pilsner, a pour perfect for spring with its distinct malt flavour balanced by a bitter hoppy finish. 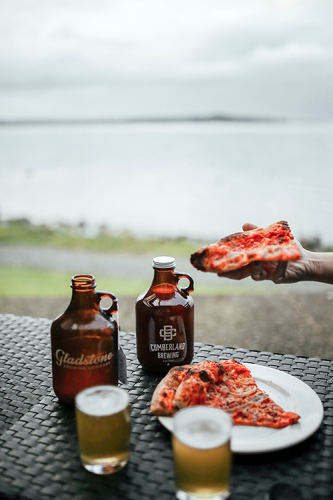 Named for the tiny village it calls home, Cumberland Brewing Company is a popular watering hole for Comox Valley locals. The brewery serves four core beers and a rotating selection of one-offs, collaborations, and weekly casks. Meaty pours include the Dancing Linebacker Oatmeal Stout infused with chocolate and the Sour Cherry Saison, an ideal summer patio beer. Menus items like pork tacos, sandwiches, and soups are served fresh from the cantina. Before you head out for your next brewing destination, remember to make reservations for a BC Ferries from Courtenay/Comox to Powell River on the Sunshine Coast.

Gladstone Brewing Company pays homage to classic cars and classic pours. The Brewery’s Czech-style Pilsener is made from European malts and hops, while the Belgian Single boasts a refreshing, fruity flavour. Pizzeria Guerrilla shares space with the brewery – a slice is always at the ready to pair with a pour in the lounge or on the patio. As an added plus, these folks switch up their pie offerings regularly. Check out the brewery’s following awards: 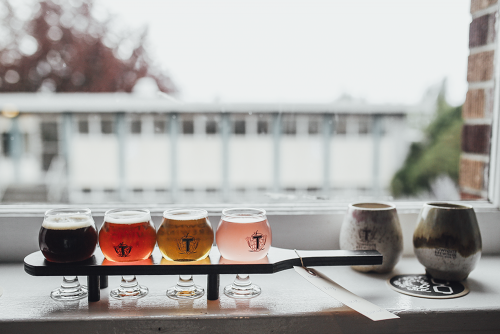 Enjoy a scenic traveling experience on your way over. Just reserve a spot with BC Ferries from Courtenay/Comox to Powell River on the Sunshine Coast. Townsite Brewing is a microbrewery located in the historic district of Powell River, on BC’s Sunshine Coast. Its brewer engineer, Cedric Dauchot, is Belgian (translation: the Belgian beers are excellent).

These folks offer free, year-round  brewery tours every Saturday at 3 pm. The crew’s Suncoast Pale Ale is available only at their Sunshine Coast location as a smooth amber beer. Other favourites include the Porter, a malty beer with an alluring coffee scent on the nose, and the Golden Blonde Ale, noted for its dry, refreshing finish. Check out the brewery’s following accolades: 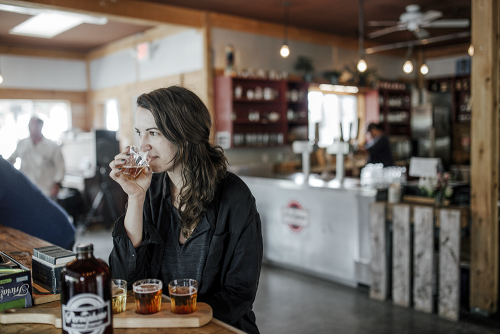 Catch a ferry from Earl’s Cove Saltery Bay and make your way to Persephone Brewing Company’s 11-acre property in Gibsons.  Drop into the brewery and tasting room to sample brews fashioned from the farm’s own hops. Advance bookings are a must for guided Sunday tours of the property. Popular pours include the Goddess Golden Ale, an English-style summer bitter that is crisp and dry, and the Hop Yard Red Ale, a hop-forward west coast-style red ale that showcases an intense aroma of citrus and pine. Once your stomach’s growling make sure to order a wood-fired pizza (from the Farm to Feast on-site food truck) and pair with pours indoors. It keeps getting better – you can purchase a pie or bring your own picnic to enjoy outside since the brewery has a picnic licence. Persephone Brewing Company received the following award:

Share your love for BC this summer by taking photos during your BC Ale Trail adventure and use the hashtag #exploreBC. Find out more about the best of this province by checking out exploreBC.ca, Facebook, Twitter, and Instagram.