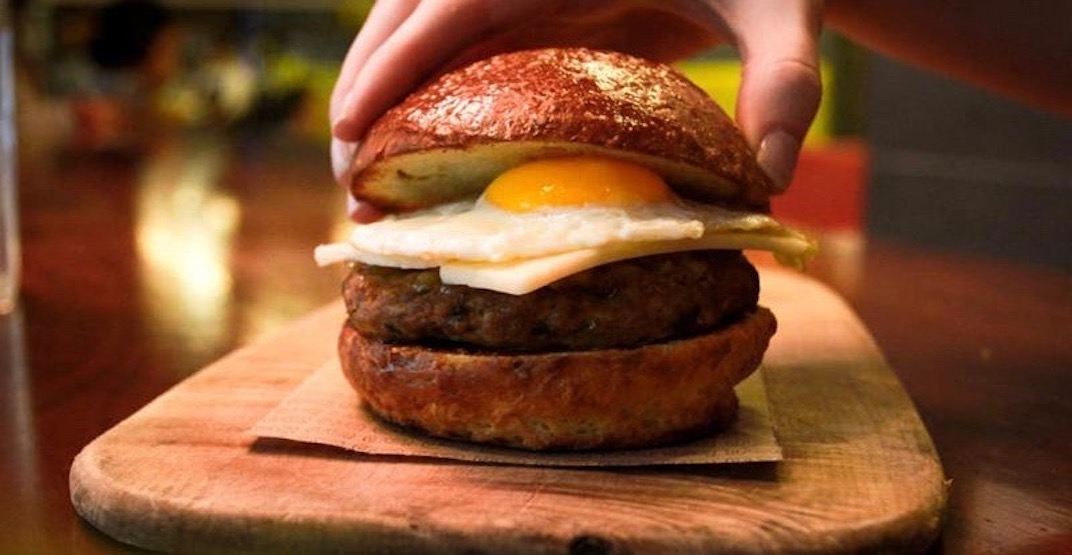 Vancouver certainly has no shortage of amazing breakfast sandwiches.

In fact, we who inhabit this coastal city seem to be swimming in selection when it comes to these satisfying and filling creations. It would seem that we just can get enough, which is good considering the new kid on the brekkie ‘which block looks unreal.

The ‘Dirty G-Yolk’ appears to be as epic as its name. It comes to us from the kitchen of the Giovane Cafe on the main floor of the Fairmont Pacific Rim Hotel.

Made from a fried egg, caramelized onion, aged cheddar, chipotle mayo, and a house-made jalapeño and cheddar sausage patty, this baby is served on a salt-crusted brioche bun.

Looks like we’ll be at Giovane for more than just their Sugar Buns from now on.