Men are beginning to realize taking care of their business is a head-to-toe, outer to inner layer process.

But here’s a wake-up call: underwear is the foundation of your appearance and if you are garbed in garbage, it has a funny way of seeping out to the surface and affecting your confidence.

Enter Vancouver-based Dirt Squirrel, a new line of high-end men’s underwear made out of bamboo fibre that provides a soft, heavenly touch while keeping butt cheeks tight and securing the goods. It makes you feel like you’re wearing nothing at all.

To keep updated with the latest Dirt Squirrel news you can find them on Facebook, Instagram (@dirtsquirrel), Twitter (@dirtsquirrelinc) and of course their website: www.dirtsquirrel.ca. They will be expanding their line of underwear in the near future.

1. Can you tell us just a little about your Dirt Squirrel team?

Our team is composed of two partners, Daniel Lypchuk and Wade Hopwo, who were born and raised in the Vancouver area and have an affinity for a nice pair of underwear.

2. Why did you both get into the business of men’s underwear? How did it get started?

Unlike many other clothing brands and their founders, this venture did not begin by leaving our respective wombs with some unexplainable gift, knowledge or urge that would later result in us delving into a lifetime of fashion.

A year ago, we were your average University students, eating fast food, debating over vodka or gin for the weekend and procrastinating on a plethora of assignments that determined whether or not we got to mount really expensive pieces of paper on our walls.

Instead of using this time to write papers about Kyle MacDonald’s Craigslist bartering strategy or Lyotard and the Postmodern Condition, we used our time to brainstorm a fun little project that we did not necessarily see coming to fruition. After months of brainstorming, jokingly discussing the possibility of making our ideas legitimate, acing those previously mentioned papers and graduating, we decided to gamble on ourselves and jump right in.

3. “Having good underwear always makes you feel better about yourself… it doesn’t matter that others can’t see it.” How true is this statement to you and why? Why should men wear nice underwear?

We absolutely feel that a fresh and stylish pair of underwear could enhance someone’s overall wellbeing regardless of whether or not they can be seen by people around them.

However, since most of this generation has never heard of a belt we can sympathize with the general public whenever a boy is showcasing his frumpish undergarments. We wanted to make underwear that will excite not only the person wearing them, but everyone around them, as well.

Men should wear nice underwear, because it is sexy. Seeing a Dirt Squirrel waistband peeking out from underneath a guy’s jeans is telling the people looking that he is stylish, stimulating, fun, smart (of course) and always down for an adventure – wherever that may take you. “Dirt Squirrel” underwear is a universal conversation piece or question generator that arouses the interested party’s curiosity toward the mischievously branded man.

4. What sets your brand apart from other mainstream brands? Tell us about your brand.

The Dirt Squirrel brand was founded by two 90s babies who have worn underwear their whole lives (with the exception of infancy and Sundays). “Dirt Squirrel” also became a term that was casually thrown around with friends in moments when someone’s character was questionable or they outwardly displayed moral inconsistencies.

In the 21st century, when youth and adults around the globe began to #YOLO because someone told them that was a popular and acceptable thing to do in stupid situations, we began to see our own underwear and everyone else’s a lot more – if you catch the drift.

We thought it might be important to wear a badge of honour during times of spontaneity, despair, regret, pride, curiosity or drunken stupors and so we created, “Dirt Squirrel” – written in a peculiar font on a thick waistband and attached to underwear made of super soft fabrics that any sensible man would want to bury his nuts in.

Most clothing brands work to try and make people lust to be absorbed into the brand’s world. Our approach is a little different. We make underwear for the world of our customers. By its definition a Dirt Squirrel could be anyone. Every adult makes irresponsible decisions and they also dapple in the world of lust and desire. We want our underwear to be a part of those escapades and allow a person to reminisce about their obstreperous adventures every time they go to put a fresh pair on.

5. What is your brand’s material made of?

Currently all of our underwear is made of 95% bamboo fibre and 5% spandex with the exception of our mesh jocks, which are a soft nylon mesh.

6. Can you explain the differences in the 3 categories of underwear your company sells? What is each type ideal for?

There is never a non-ideal time or situation to wear any of the underwear we sell. For example, a lot of guys may think that wearing a jockstrap underneath a pair of tailored dress pants to work is a bad idea until they give it a try.

We currently sell boxer briefs, briefs and jocks. The major difference between these types of underwear would be the amount of fabric.

For many guys, form fitting boxer briefs might already be a step out of their comfort zone, but once they truly become a true Dirt Squirrel, they will only feel more liberated and perhaps a little more cocky.

Interested in getting your own Dirt Squirrel underwear? Use the coupon code “vancity” at checkout and you will receive a 15% discount off the entire purchase!

Dirt Squirrel and Vancity Buzz are giving you a chance to win a Dirt Squirrel wardrobe prize pack: seven pairs of bamboo fibre men’s underwear (of your size) – a week’s supply for daily changing!

To enter to win, you must do one of the following (to a max. of 4 with each counting as an additional entry):

4. Answer this question by commenting below: what are your favourite colours for underwear? 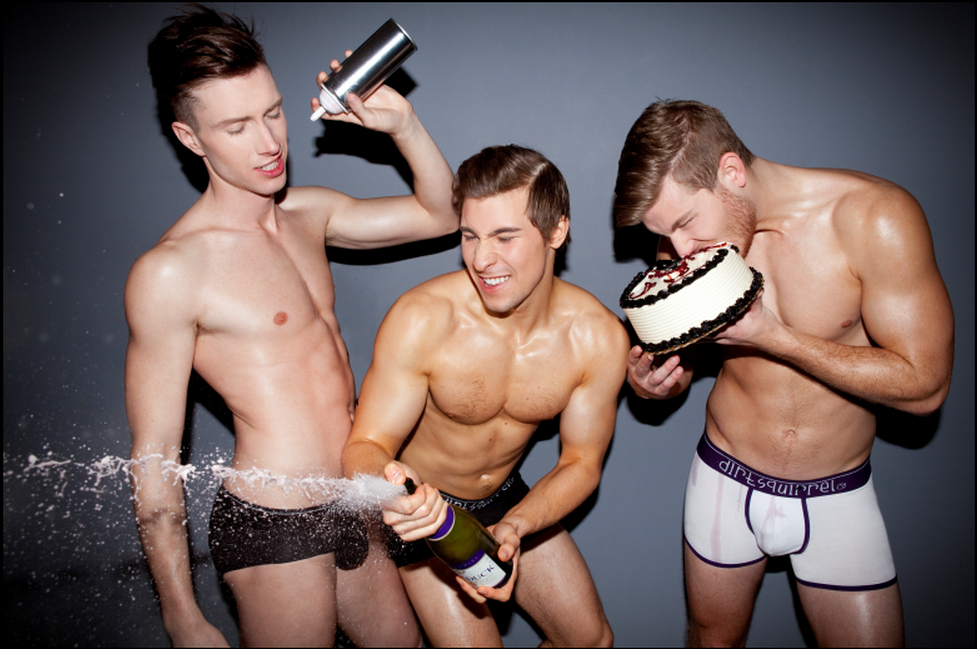