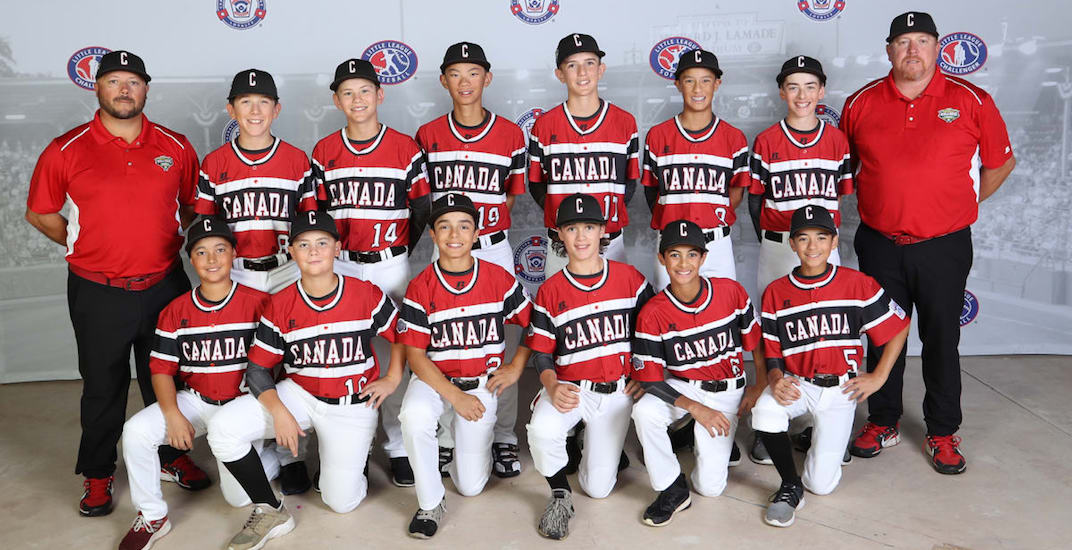 That was the plea from Whalley Little League, in a statement posted on Facebook by the Surrey, BC baseball organization earlier this week.

Whalley won the national championship over the weekend, punching their ticket to the Little League World Series in Williamsport Pennsylvania. Every player, but one, got to go.

While his teammates celebrated the achievement, 13-year-old Dio Gama was brought to tears, knowing he wouldn’t be allowed to play. Because of immigration issues stemming from his father’s trouble with the law 21 years ago, Dio would risk not being allowed back into Canada should he leave.

So as his teammates flew off to Williamsport, Dio flew home.

It was a heartbreaking story for a kid who had done nothing wrong.

“There is a 13-year-old boy who wants to follow his dream playing at the World Series,” Whalley Little League said in a statement. “He is doing all the right things in life but is caught by his immigration status. We just want to find a way to let him play.

“There must be a way through immigration that we can get a boy to Williamsport with his team and back to rejoin his brothers (Team Canada). Team Canada and Little League await his return.”

The Canadian government heard the plea, as this story appears that it will have a happy ending.

A report from the Canadian Press indicates that Dio will receive a temporary resident permit, as a result of an intervention by Immigration Minister Ahmed Hussen on “humanitarian and compassionate grounds.”

The Little League World Series, which begins on Thursday, features 16 teams from nine countries, with games broadcast across Canada and the United States on TSN and ESPN.