Our second stop of the Dine Out Vancouver Festival preview was held at Black and Blue, where the menu is $38. For this tasting, we received samples of one appetizer and one entree. 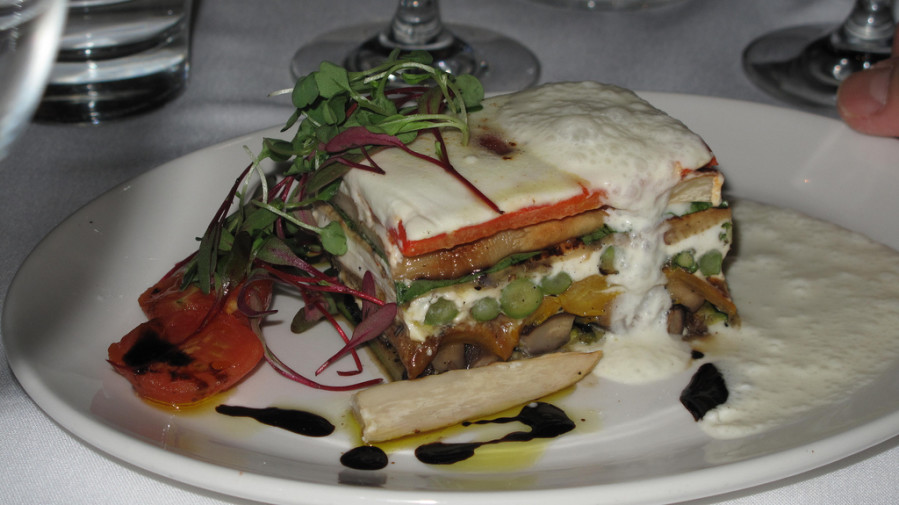 The Josper Grilled Vegetable Napoleon was loaded with veggies, such as peppers, grilled zucchini, mushrooms and asparagus. It’s really colourful and quite filling, despite being “just veggies.” The goat cheese layer was quite thick so if you’re not a fan, I’d stay away from this dish. 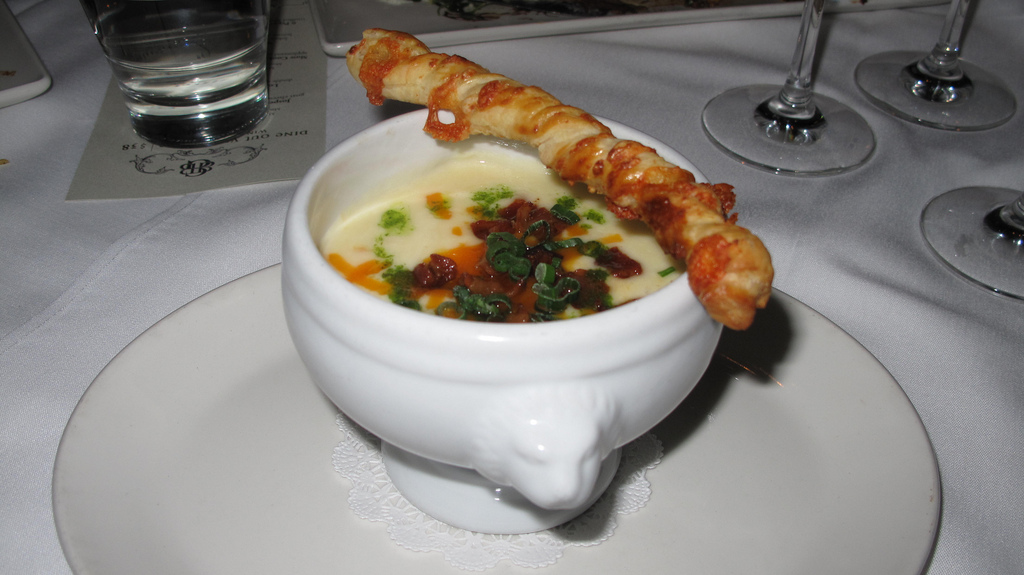 Their other appetizer which was passed around family style was the Loaded Baked Potato Soup. Essentially, it’s everything you’d have on a baked potato, but turned into a soup! There are chunks of bacon, a chive cream (a spin on sour cream, I suppose) and all topped with gooey cheesy cheddar. On a cold day, this is total comfort food. 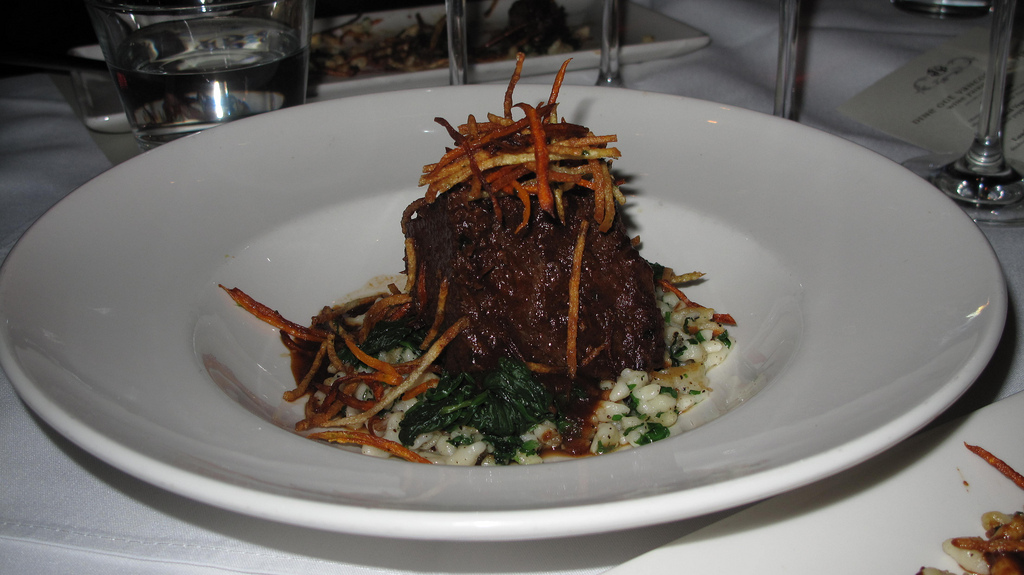 For the entree sampling, we receive a portion of the Slow Cooked Guinness Braised Short Rib. This was an interesting dish, as some people found theirs dry but others didn’t have the same issue. I was lucky to get a nice moist piece, partially because it had a good marbling of fat. The flavour was quite mild and I did add a pinch of salt to liven it up. The smoked cheddar spatzle was amazing, probably one of the favourites of the night. It was chewy with just the right amount of give. 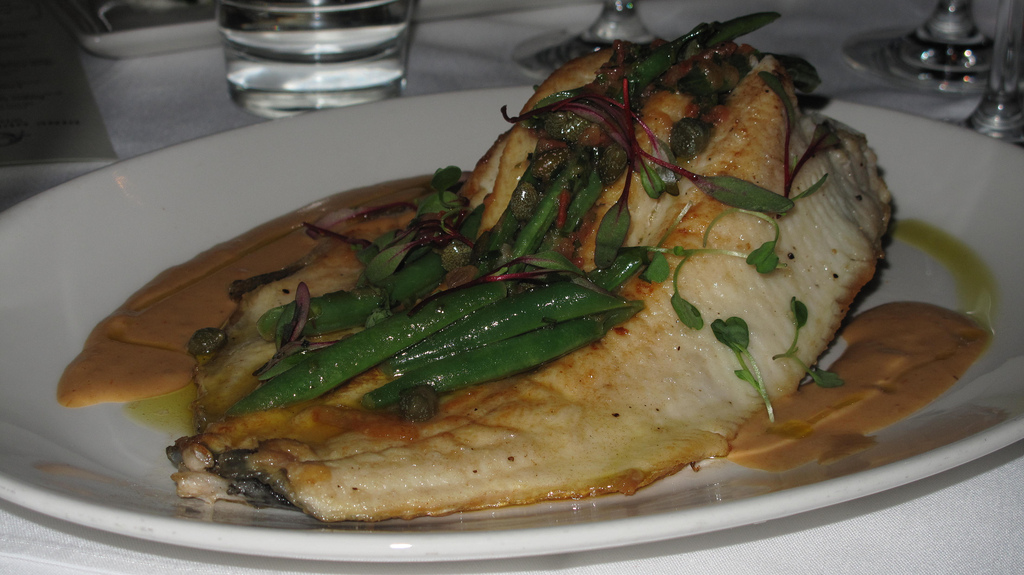 They also served a Whole Roasted Trout and I managed to get a nice chunk of the flesh, as well as the head, which no one else wanted. The fish seemed a bit dry, but the accompanying lobster bisque did help to overcome that. Underneath the fish was a potato croquette that almost stole the show. 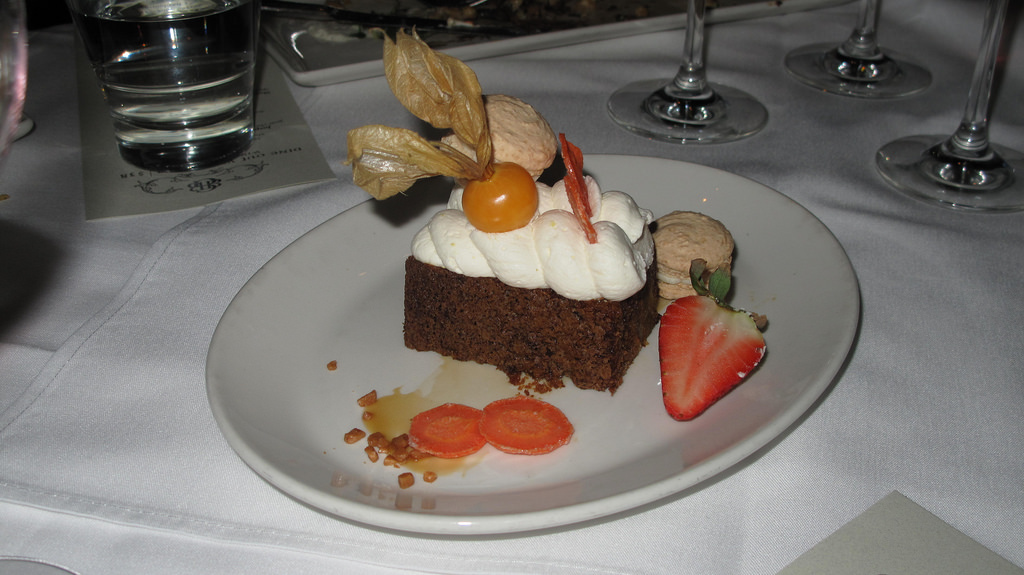 For dessert, we were served the B&B Carrot Cake topped with a Coconut & Ginger Macaroon. I’m not a fan of carrot cake nor coconut so I passed on this one.

Dine Out started on January 17 and runs until February 2, 2014. Details for booking are below.