The well-hung toys were spotted earlier this week by residents above several busy streets and intersections, making many wonder whether this cock-eyed stunt was simply some kids dicking around, or if this indicates a larger political uprising penetrating Portland soon.

Some social media users say this boner idea is just another example of the strange comings-and-goings of Portland, a city that prides itself on being weird. 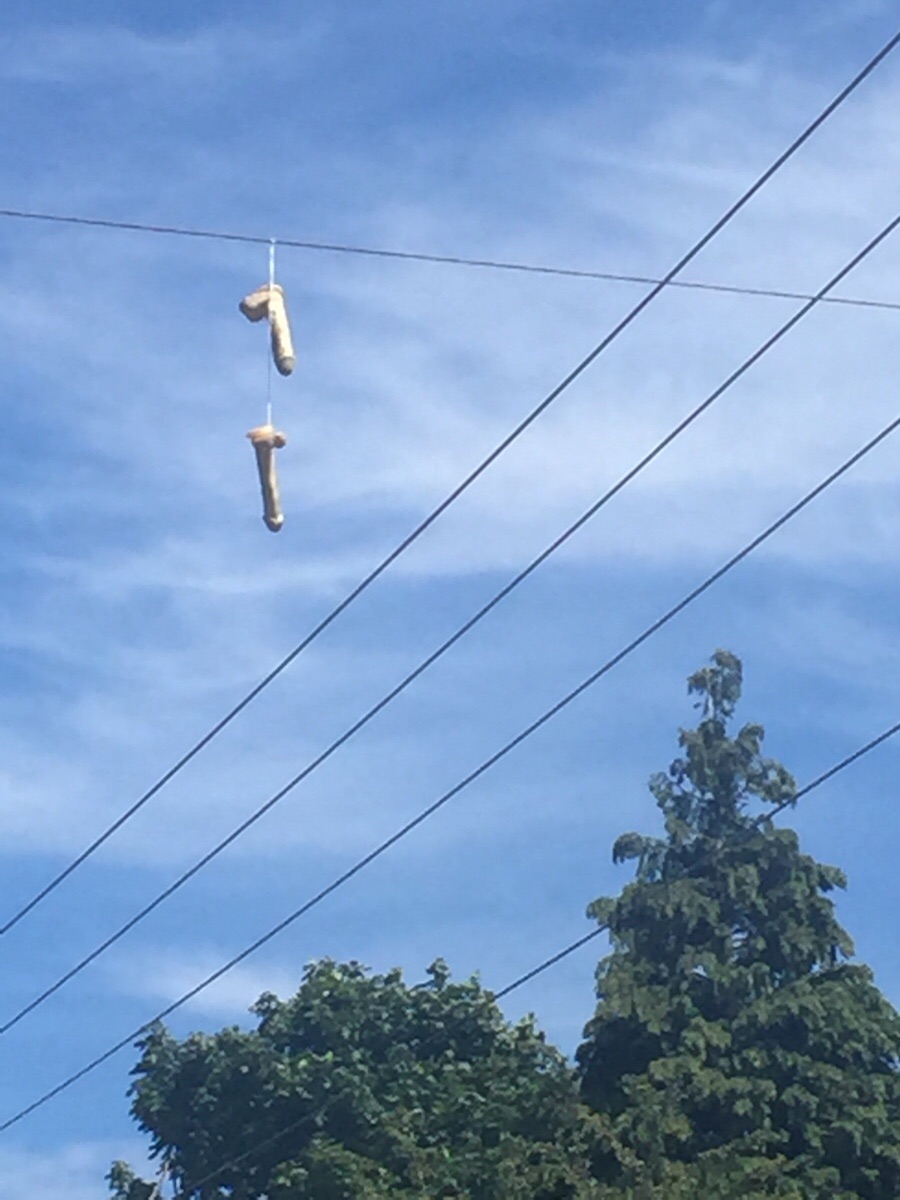