The building will see an additional five floors  of office space constructed as well as revitalization of the existing structure. It looks as the though there will be a television screen facing Dunsmuir Street and a news ticker that wraps around the building. Seems more like a Robson and Granville type building, instead at that corner we get an Old Navy in a generic bland glass box. 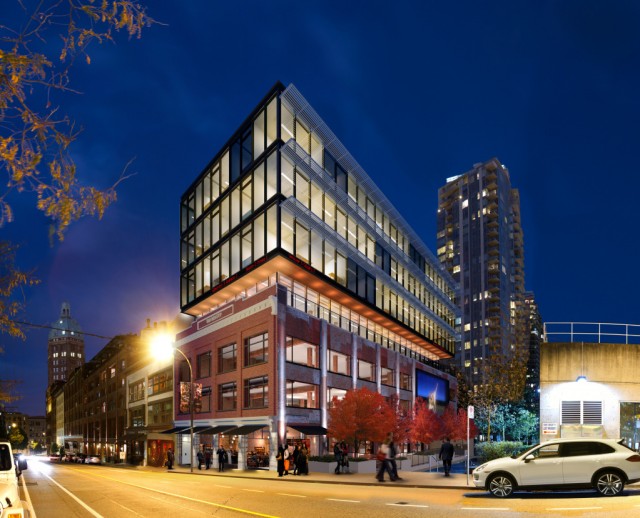 Images courtesy of Peters at skyscraperforum.com via IBI architects