This project at 320 Granville street is in the very early stages in the development approval process. Currently a parkade at the corner of Granville and Cordova, a proposal by developer Morguard for a 32 floor office towers has been submitted to the city. 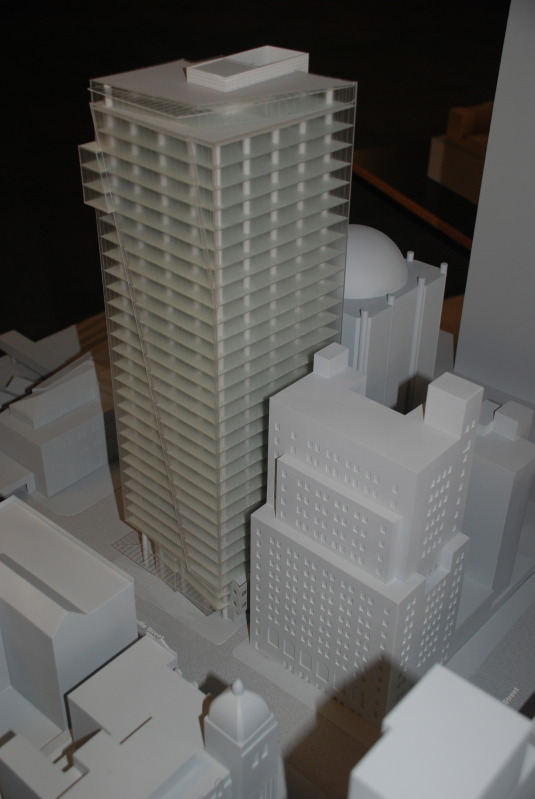 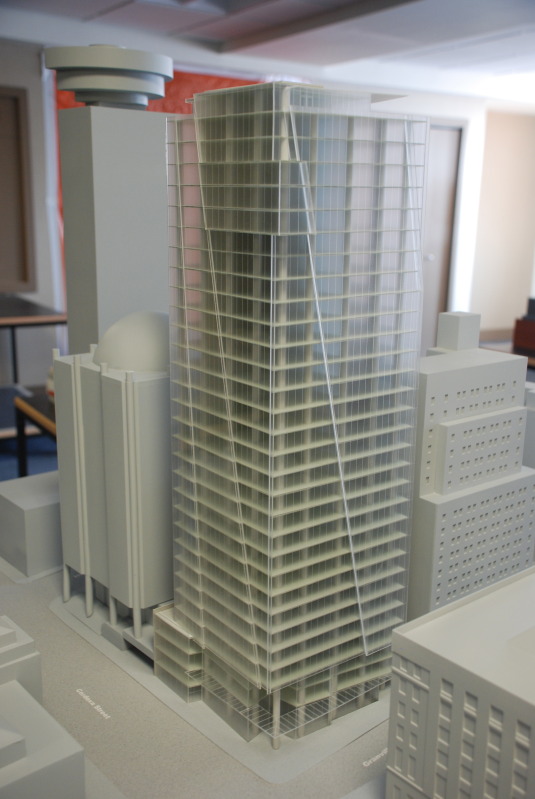 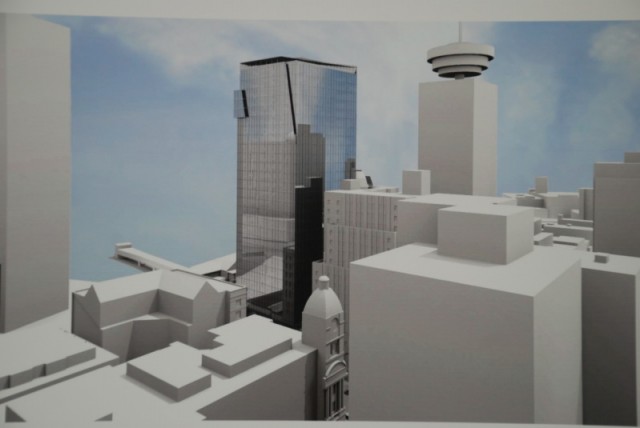 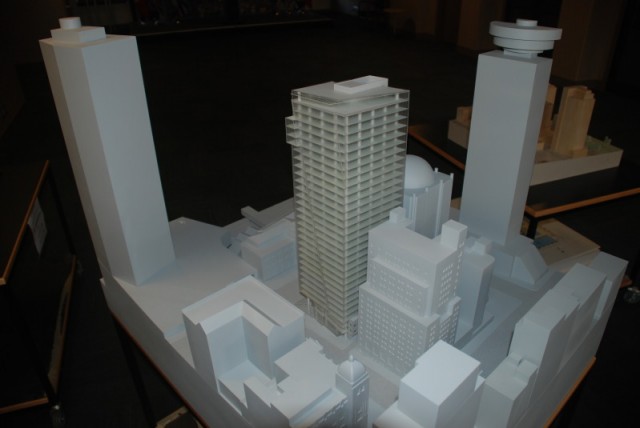 The photos you see here have been rejected by the city’s Urban Design Panel (UDP) and for good reason. The design (by VIA Architecture) lacks creativity. At this location something more iconic must be constructed. The folks behind 1021 West Hastings office tower (MNP Office Tower) in downtown Vancouver have designed something far superior to what is proposed for 320 Granville street. 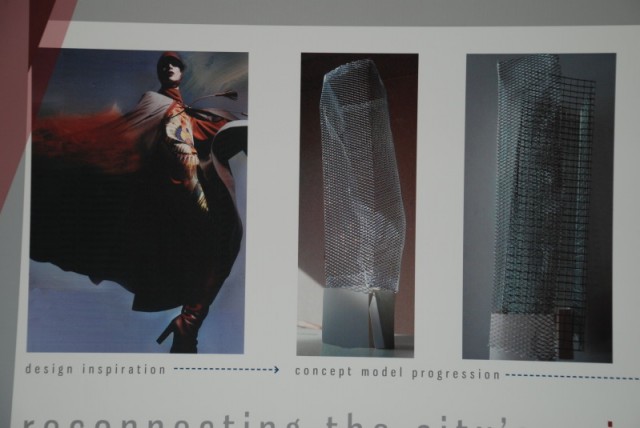 The original concept had an office with a bit of twist. Then it was transformed to the ordinary boxed office tower that was rejected by the UDP.

Images: By Built Form at Skyscraperforum.com