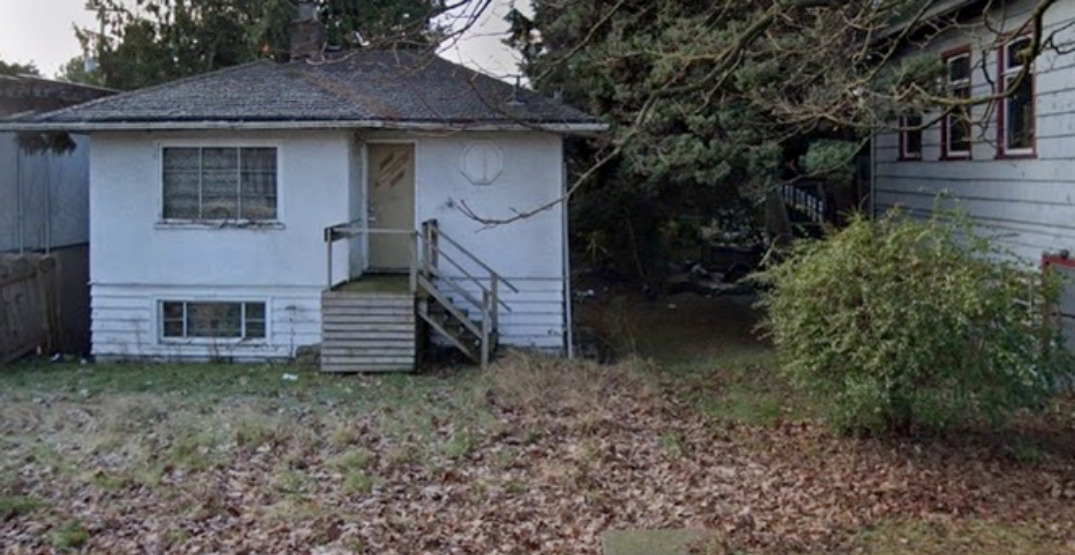 A detached home in Vancouver has defied the odds and sold for under $1 million, selling for $100,000 less than its final listed price.

The single-family dwelling was built in 1947.

The property has two bedrooms and one bathroom, and has a main floor and a basement.

The first floor has an area of 530 square feet, while the basement is slightly smaller at 412 square feet. The total land area is 30.8 x 95 feet.

The odds of finding a deal like this are slim to none. The current average price of a home in Vancouver is $1.2 million, according to Zolo.

The house is actually in a really great spot for amenities and transit. It’s a 15-minute walk to Marine Drive Canada-Line Station, which features a T&T, fast-food restaurants, coffee shops, and more.