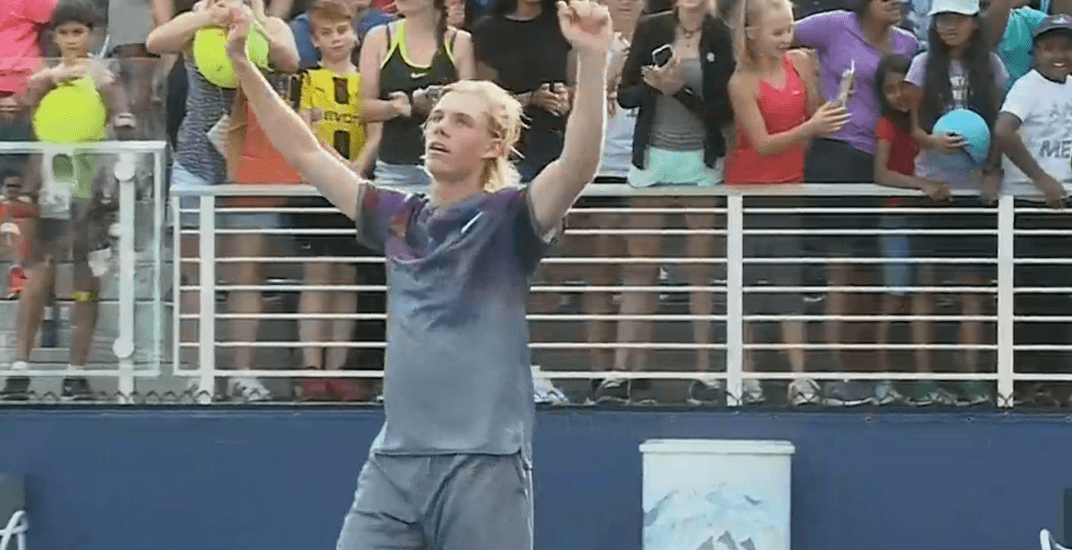 The summer of Shapo continues.

Denis Shapovalov has his first-ever win at a Grand Slam tournament, defeating 54th-ranked Daniil Medvedev of Russia in straight sets (7-5, 6-1, 6-2) at the US Open on Monday.

Here’s what match point looked like … Shapovalov rolls into the 2nd round at @usopen pic.twitter.com/OC4LgsBOOq

“It feels incredible, I played some really good tennis,” the confident youngster said after the match.

The 18-year-old Canadian, who also played at Wimbledon this year, continued to play like he did at the Rogers Cup in Montreal earlier this month. He became an overnight sensation after he upset Rafael Nadal, and built on that momentum with an appearance in the semi-final with all of Canada watching.

Now ranked 69th in the world, he needed to win three straight matches in a qualifying tournament last week just to get into the main draw. Shapo-fever appears to be sweeping New York, too, as Court 7 was jammed to see him play.

Court 7 is packed for Denis Shapovalov’s US Open debut … long lines to get in pic.twitter.com/ApwpPrlRTS

Shapovalov will really make headlines if he can win his next match on Wednesday. He’s up against the eighth seed, Jo-Wilfried Tsonga.

With Milos Raonic injured and Genie Bouchard struggling, the blonde-haired Canuck has come around at the right time.