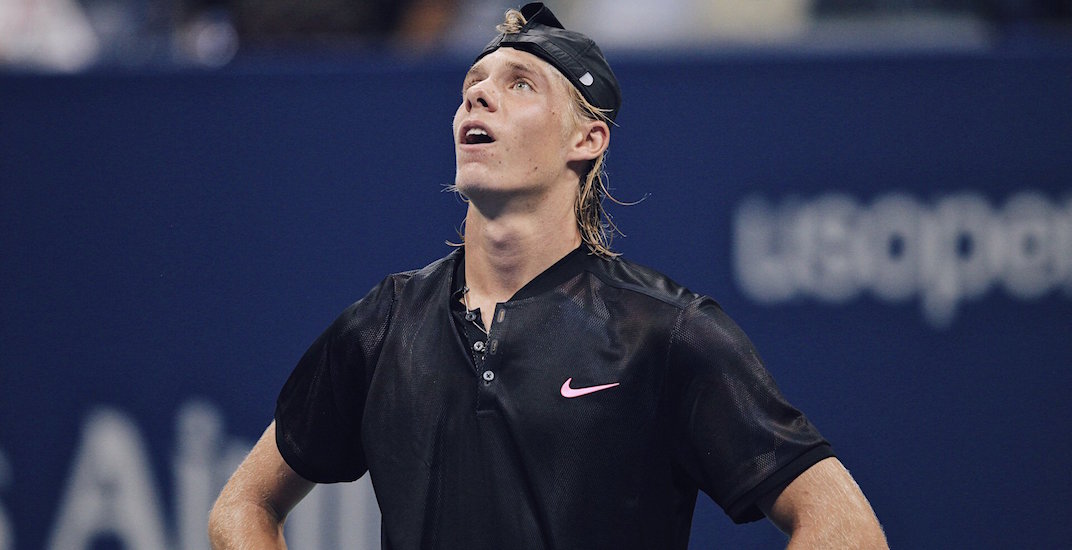 Take it as a massive learning experience and a step in the right direction.

At the 2017 US Open, Denis Shapovalov played past the first round at a Grand Slam for the first time in his young career. He made his debut on a major tournament’s centre court, and he played three matches there. He also became the youngest player to make the round of 16 in New York since 1989.

“Usually I play pretty solid (in tie breakers),” Shapovalov said in his press conference after the match.

“Unfortunately today I wasn’t able to play well in those moments.”

In the third set, down two sets to none, Shapovalov showed his fighting spirit. After holding serve in the first game, the Canadian reeled off eight straight points to break Carreno Busta’s serve and hold his own, and have a 3-0 lead in the set.

Shapovalov was up a break in the first and third set, but both times Carreno Busta broke back and went on to force the tie breakers. In those key moments, Shapovalov tightened up and missed many regulation ground strokes he needed to win.

Two stats stand out from the match.

Shapovalov created chances but he didn’t capitalize on them. Meanwhile, the Spaniard was steady and solid, letting Shapovalov take risks and make mistakes.

This was a key for Shapovalov’s success at this US Open. His serves have been inconsistent throughout his run this summer, and if he did that well, he’d likely go far.

Unfortunately he didn’t serve well in the first two sets and that put his game and his confidence under a lot of pressure throughout.

Aside from those stats, Carreno Busta did exactly what he had to in order to win the match: he moved Shapovalov all over the court, hit deep, heavy shots, forced the kid into long, tiring rallies and then won those points. That forced the Canadian to go for more on each shot – to hit better angles and harder shots to try to end points sooner.

In the end, the Spaniard’s solid play was Shapovalov’s undoing.

New York crowd giving @denis_shapo a huge applause as he leaves the court and great gesture as he takes a moment to acknowledge them. pic.twitter.com/yTc7Sc58Xe

Shapovalov will have many positives to take out of his run at the US Open and the way he’s been playing since the Rogers Cup earlier in August.

He beat huge tennis names in Rafael Nadal, Juan Martin Del Potro and Jo Wilfred Tsonga during that time and he showed that the technical aspects of his game – his serve, forehand and backhand – are all weapons that are as big as those of the world’s best players.

The one thing he is still working on is something Andre Agassi has said he had to learn early in his career: being patient and waiting for the right moments to pull the trigger on those weapons.

“There’s still so much work to be done,” Shapovalov said.

The Canadian moved up from 143 in the world to 51 in the past month. If he keeps improving at that rate, he may be lifting a Grand Slam trophy in 2018.