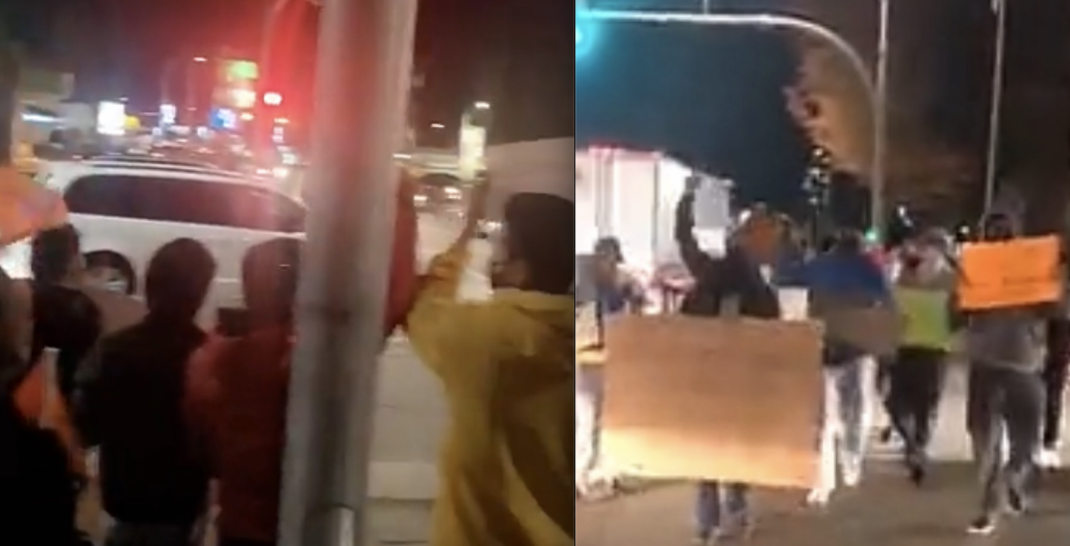 Demonstrators standing in solidarity with farmers in India’s Punjab and Haryana states took to the streets in Surrey on Sunday evening.

This comes after a weekend of massive demonstrations in India. Farmers from the northern states of Punjab and Haryana are marching to Delhi, protesting three government agriculture laws passed in mid-September by Prime Minister Narendra Modi’s government.

Happening now: demonstrators are taking the streets near Scott Rd and 72 in Surrey in support of the Punjab farmers’ protests happening in India. (Photo from snapchat) pic.twitter.com/fZdAe5NFzB

The laws bring private players into the controlled agriculture sector. Farmers are concerned that the sale and success of their crops will be left to the mercy of large corporations, which will impact the incomes of smaller producers.

This is a developing story…