Canadians who enjoy the occasional bake-at-home Delissio Pizza may want to reconsider their next bite, as two batches of the company’s frozen pizza are being recalled due to possible glass contamination.

An announcement on Nestlé Canada’s website says the source of the glass may be from the spinach used, which is a common ingredient in the two types of Delissio frozen pizzas.

Nestlé Canada is “voluntarily” recalling the affected products, which include one batch of “Vintage Tuscan Style Chicken” pizza and one batch of “Thin Crispy Crust Grilled Chicken Tomato and Spinach” pizza, both under the Delissio brand name. 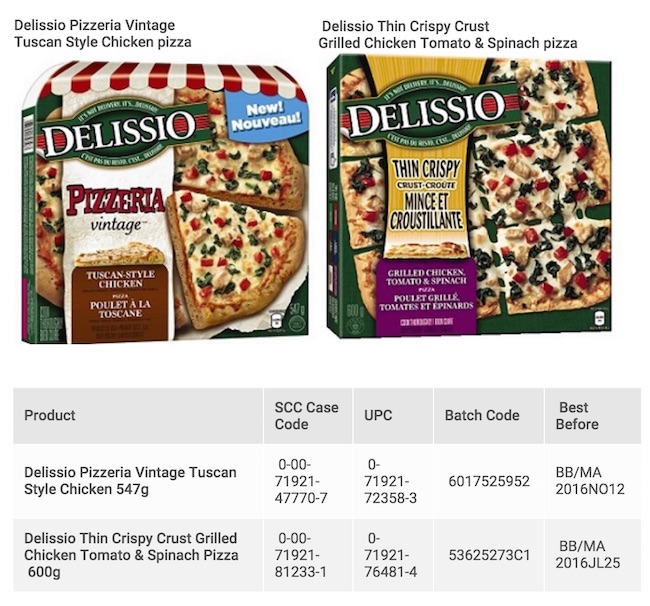 Nestlé Canada says it has alerted the Canadian Food Inspection Agency and the customers who have received those batch codes so that they can remove the products from store shelves immediately.

In 2013, customers were warned not to consume the thin-crust pizza mentioned above as it may of contained pieces of plastic.