It’s a new month: time for a fresh start, Vancouver.

The sad news: the Canucks won 4 of 13 games in November.

The happy news: Vancouver hasn’t lost a game yet in December.

As of today, December 3, the Canucks sit in 9th place in the Western Conference, one point out of a playoff spot. Realignment, new coaching systems, goal-scorers who can’t score – the list of issues goes on and on.

But before you abandon your team completely, or even write this year off as a “rebuild year,” wait! There are some reasons to be optimistic for December and the rest of the season.

John Tortorella never said taking on a new team would be an easy process.

After the game-day skate on October 22, Torts was asked how long it would take his team to adjust to his new systems. His response:

“When we get to late November, December, the way you want to play should be instinctive, and that’s what we’re trying to get to.”

The Canucks have been playing better lately, outshooting and outplaying the opposition on most nights. Looks like the Canucks are getting it. If they play the same throughout December, it could be a month to remember, just as Torts foretold.

While Alex Burrows’ goal-less drought extends to ridiculous proportions, I figure we should talk about some of the reasons he’s still worth his paycheck. With the Canucks up 3-2 against the Hurricanes on Sunday, Burrows single-handedly preserved the lead when he kept the puck out of his own net:

Then, with 1:30 left in the third and the ‘Canes up an extra man, Burrows dived to clear the puck out of the Canucks zone, forcing Carolina back into their own end.

He may not be scoring, but wins are a more important stat than goals, aren’t they?

Note: Found out last night Burrows broke his jaw during the Hurricanes game. He is out indefinitely… and the drought continues.

Corsi and Fenwick are for boys who don’t get girls, I know. But guys, they’re also quite accurate at predicting which teams are going to do well in the future.

Before writing off the advanced stats, check out the chart below, which I got from this post. It’s a graph of this year’s Corsi numbers of Pacific Division teams. Corsi is a measure of how well a team is driving play on the ice (for a more comprehensive description, click here), because the score often doesn’t tell the story.

The graph shows that the Canucks have the third best possession numbers in the division, behind only the Kings and the Sharks. They’ve been better than the Ducks and the Coyotes, so really, things aren’t as bad as they look in the standings. Except that it’s the standings that matter at the end of the year, of course…

But luck usually evens out over an 82 game season, and teams with good underlying numbers do well in the playoffs. 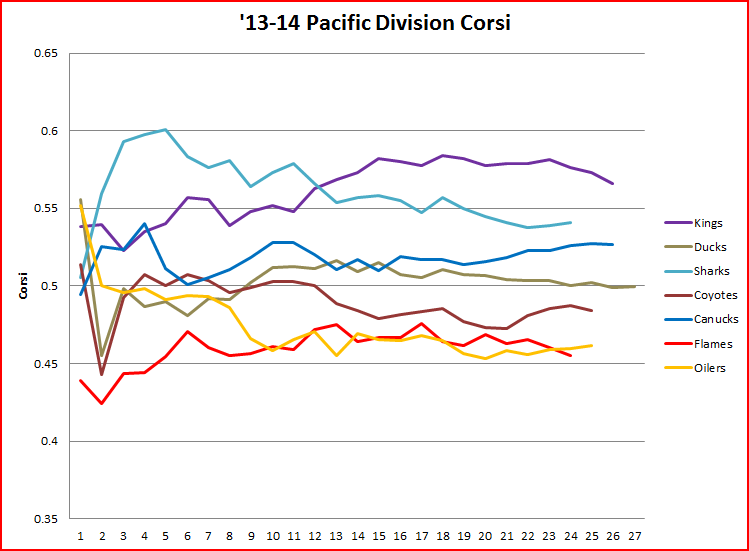 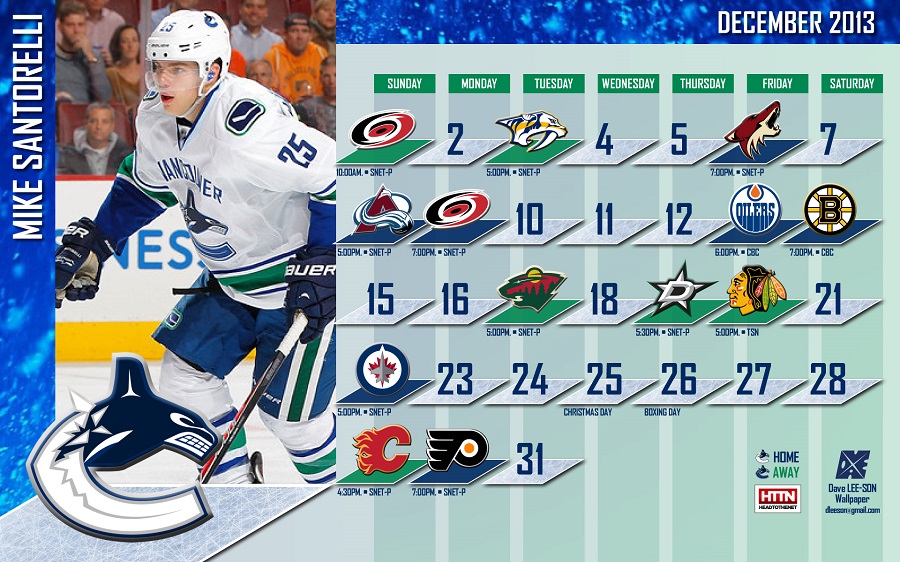