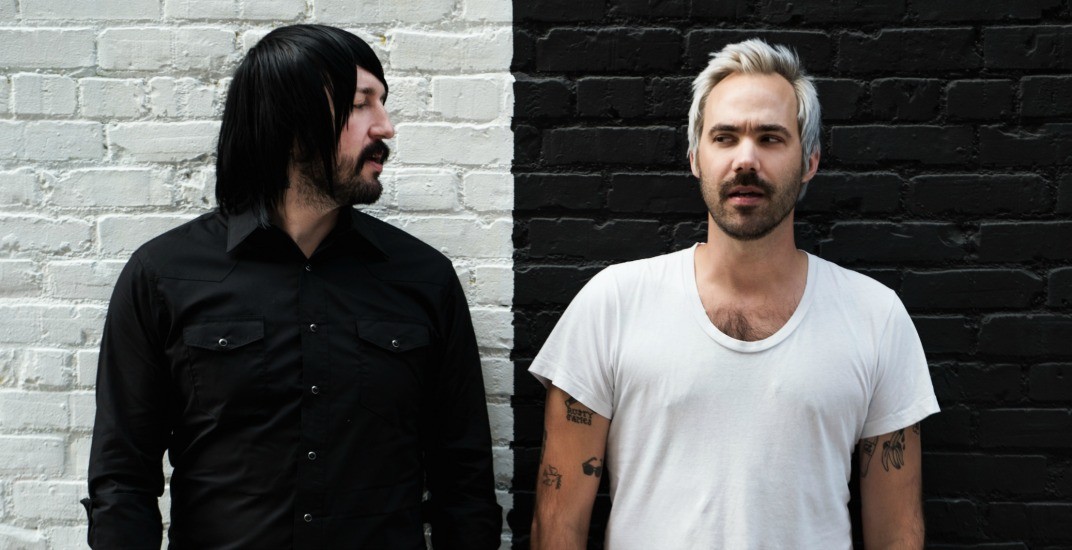 Ontario punk rock duo Death From Above are hitting up Vancouver this fall.

The band will be performing at the Commodore Ballroom on Tuesday, November 21, as part of their extensive North American Tour.

Sebastien Grainger (vocals, drums) and Jesse F. Keeler (bass, keys, synths) kick off their tour with a show at the Riot Fest in Chicago in September. After this the ‘Freeze Me’ duo will be taking to the stage in Montreal, Calgary, Saskatoon, Winnipeg, and Edmonton, as well as a string of US locations, before finishing in their hometown of Toronto in December.

Supporting Death From Above during their tour is 70s-inspired indie rock girl band The Beaches. And the tour comes of the heels of major festival plays this summer including Festival d’Été, Ottawa Bluesfest, Wayhome, and Osheaga.

Death From Above have also announced that they’ll be releasing their new album Outrage! Is Now on September 8, and you can pre-order it online . Listening the band’s newest track “Never Swim Alone” will give you a little taste of the album.

“Outrage! Is Now is meant to be felt on both a visceral and emotional level. We tried to make something that excites and surprises. Our journey is that of enlightenment and seeking truth. There’s enough fiction and meaningless distractions in the world to make you totally shut off. We hope this record turns you on,” Sebastien Grainger said in a press release.

Tickets to see Death From Above’s November concert go on sale at 10 am today via Live Nation, starting at $49 each.

Concert attendees must be aged 19 or over. Be sure to snap up your ticket soon to avoid missing out on this energetic, rock-filled show.

Death From Above Vancouver Concert 2017