Just in time for the Halloween season, a new art exhibit showcasing various cultural interpretations of death is coming to Granville Island.

“Death is something we all have in common but each culture approaches the topic in different ways,” said De La Mora, born and raised in Mexico and now based in Vancouver. “Being that Vancouver is such a multicultural city, I want to show these stories to the public.” 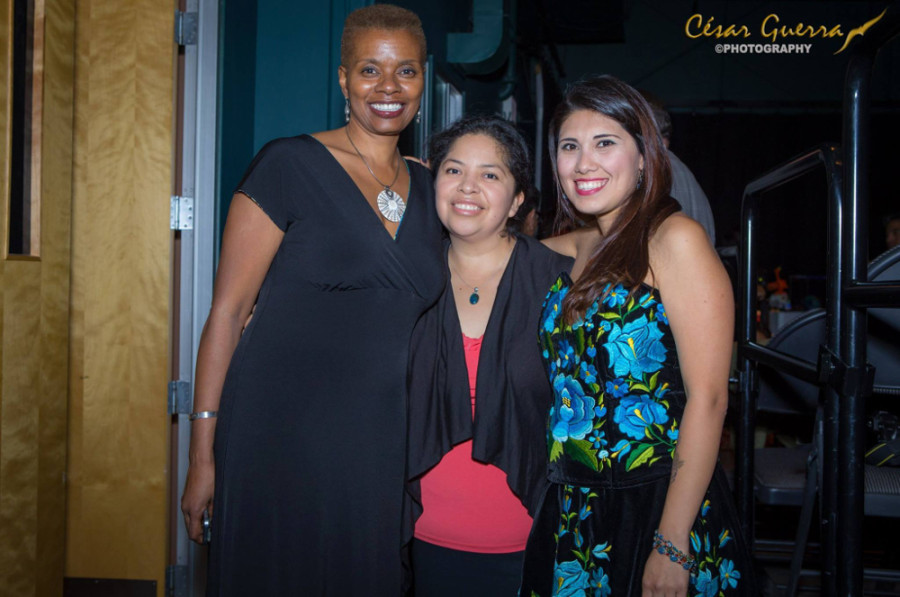 De La Mora collaborated with Granville Island Business and Community Association executive director Barbara Chirinos in preparing the DOTD, first of it’s kind in British Columbia. The colourful canvas skulls will be displayed in store fronts and galleries across Granville Island, and the public is invited on a walking tour to see all of the pieces.

“Granville Island is such a perfect community for cultural collaboration with local businesses,” said Chirinos. “Our members were very enthusiastic to take part. Emily Carr University provided supplies, and SFU and UBC professors helped print the program guides and will be organizing tours for students.”

DOTD communications director Karina Eva hopes that the project will encourage people to share their own stories with each other.

“We want people to experience cultural and artistic expressions in their own city, and also to foment a sense of belonging to the community,” explained Eva. “As different as we all are, we are the same in fundamental ways.

“Everybody has their own story to tell. When you present people with a story via an image like the Day of The Dead skulls that reminds them of their ancestors, beliefs and their loved ones, you connect with them.” 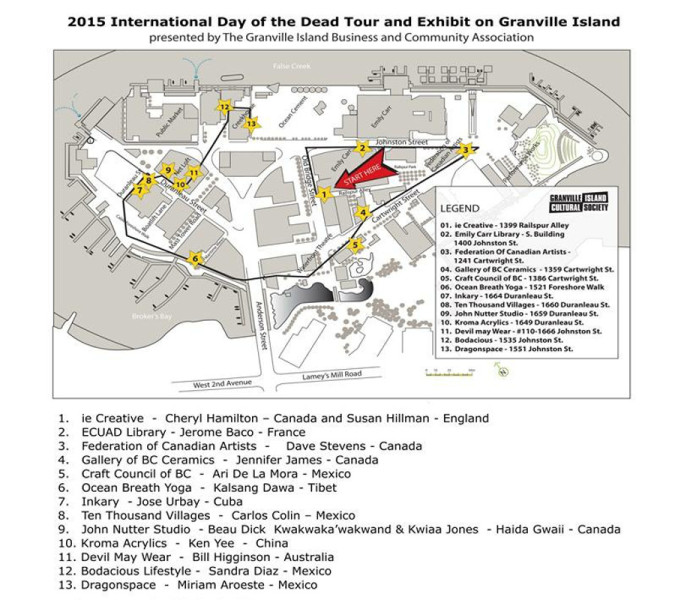 The International Day of the Dead Tour and Exhibit is on Granville Island until November 8. For more information, visit www.dayofthedeadexhibit.com.