The new Davie Plaza that’s being proposed by the City of Vancouver might be named after iconic local gay rights activist and owner of Little Sister’s Bookstore Jim Deva, who passed away suddenly last year.

Deva was a prominent figure in the gay rights movement in the 1980s, battling for the right to sell LGBT-themed publications that the Canada Border Services Agency would regularly detain, ultimately winning the battle in 2005.

Now the city wants to honour him, and the plaza is the perfect opportunity to do so, City Planner Kevin McNaney told Vancity Buzz.

“We looked at a number of options, we talked to Jim’s family, we talked to our city’s LGBTQ advisory committee and what really came to mind was naming this plaza after him since he loved the Davie Village so much,” he said.

The plaza will be on Bute street, south of Davie near the pride flag crosswalks. It will be completely blocked to traffic and is aiming to be a hub for the village.

According to the plan laid out by the City of Vancouver, the plaza will feature moveable seating and tables for events, planters, suspended lights for an “ambient glow,” and a special overhead feature, which might be a disco ball, to hang over the intersection. 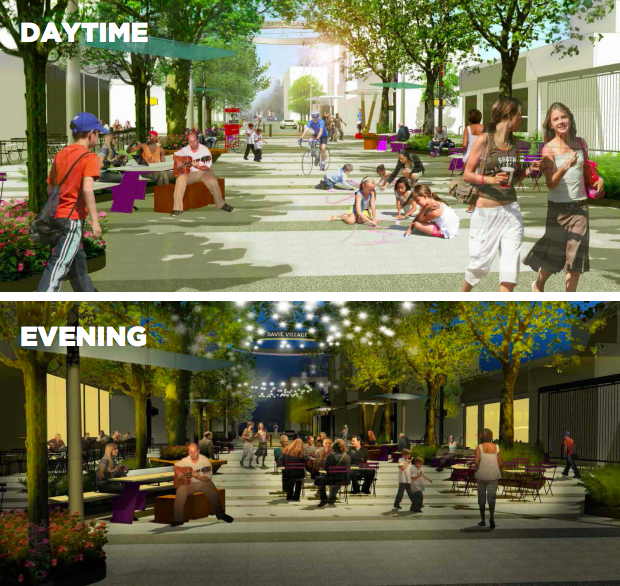