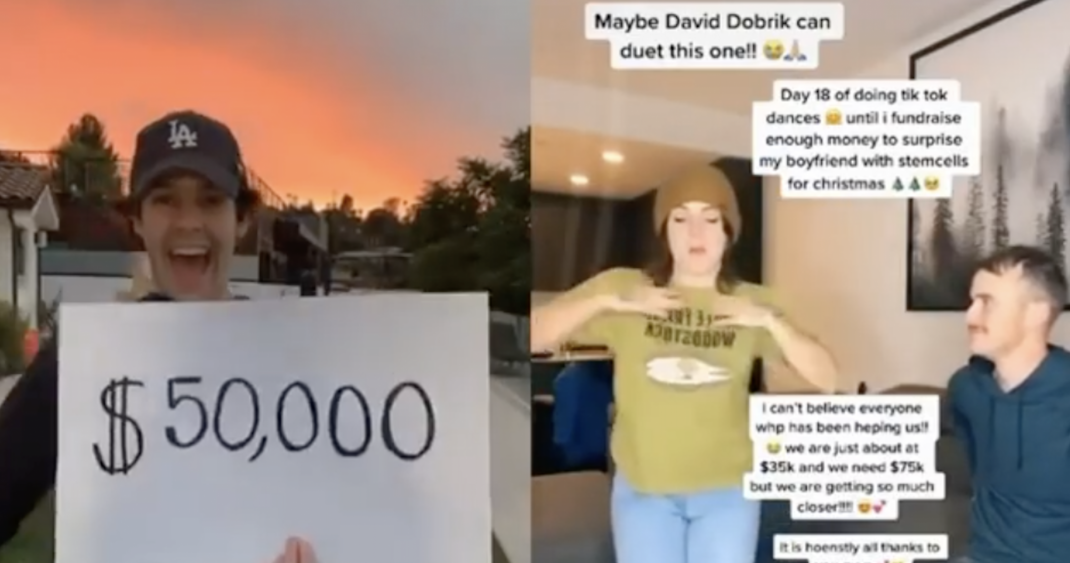 Madison Olds of Kamloops, BC, is rising to fame on TikTok, and recently, she’s been using her platform to help fundraise for her boyfriend’s stem cell procedure.

She’s been able to get closer to that goal thanks to the help of  YouTube star David Dobrik who generously lent a helping hand, contributing $50,000 to her boyfriend’s GoFundMe.

Olds has 441,000 followers on the app, and began posting dances with hopes of getting into the “TikTok Creator Fund,” which would pay her for videos that received over a certain number of views and likes.

She got into the fund after posting just four times.

Olds decided to dance for 21 days straight in hopes of getting her viewers to make donations to a GoFundMe titled, “Walk again! Raising $75,000 to help Derek!”

On her 18th day of dancing, David Dobrik dueted her video and donated $50,000 to her cause. He captioned the video with “hope this helps.”

The money ending up helping Olds reach her fundraising goal.

“I’ve been dancing since September trying to fundraise for Derek and we finally hit our goal of 75,000 dollars and I actually just can’t contain myself right now!” she said.