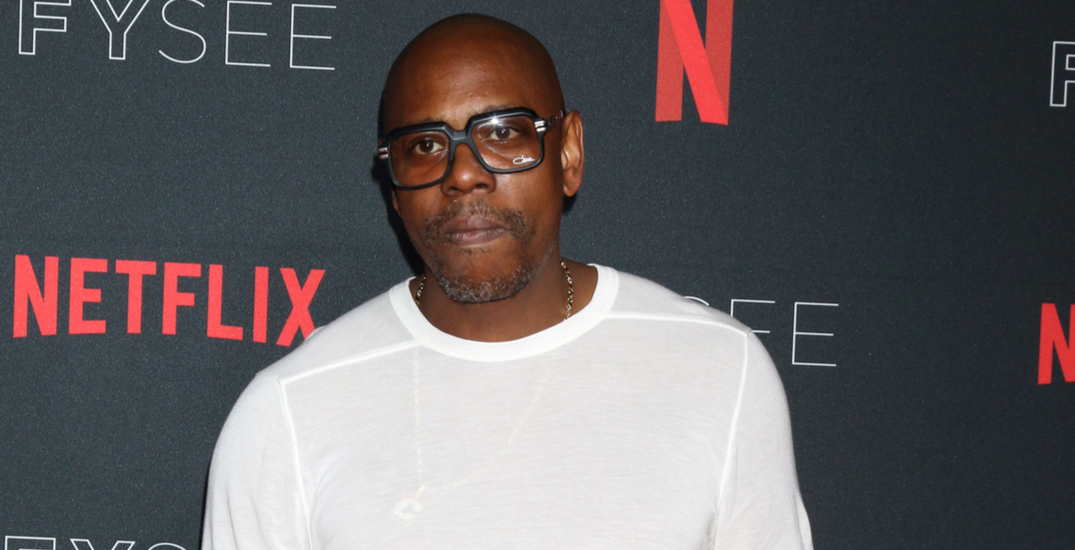 Controversial comedian Dave Chappelle was tackled by a man while he was performing on stage at the Hollywood Bowl in Los Angeles. The incident occurred towards the end of the show.

On the night of May 3, Chappelle was doing a set for the Netflix Is A Joke festival when a man got on stage and charged at him.

A few videos of the incident have surfaced on social media.

Chappelle can be heard saying, “It was a trans man!” in the video right after the attack occurred. The attempt at a joke may have been in reference to the criticism he has received for writing transphobic jokes into his specials.

LA police told NBC News that the attacker — 23-year-old Isaiah Lee — was “armed with a replica gun that could eject a knife blade when discharged correctly.”

Lee has been charged with felony assault with a deadly weapon, and his bail is set at US$30,000.

Several sources, including on-scene ABC7 reporters, say that Chris Rock, who had also performed at the Hollywood Bowl before Chappelle, stepped on stage after the incident and jokingly asked, “Was that Will Smith?”

Brianna Sacks, reporter at BuzzFeed News, was at the event and tweeted a video showing police and medics outside the venue.

Just came out of the Hollywood Bowl where a man charged and tackled Dave Chapelle on stage and got his ass kicked by at least 10 people.

LAPD and LAFD are now loading him into an ambulance pic.twitter.com/7SXPe9e8az

“Just came out of the Hollywood Bowl where a man charged and tackled Dave Chappelle on stage and got his ass kicked by at least 10 people,” she wrote. “LAPD and LAFD are now loading him into an ambulance.”

Chappelle was unharmed in the attack.