A video uploaded to YouTube today showing two daredevils climbing the Trump Tower will have you tense.

The two individuals “decided to witness the sunrise during the early hours of summer solstice” on the roof of the Trump Tower in Vancouver.

Titled “Good Morning VanCity” and recorded through GoPros, the daredevils start climbing when the sky is still dark, and the streets below are shown as empty at that hour. The two pass through narrow ladders and bars and make it to the top to watch the sun rise above the city. The amount of risk involved in such an act makes it hard not to cringe while watching. 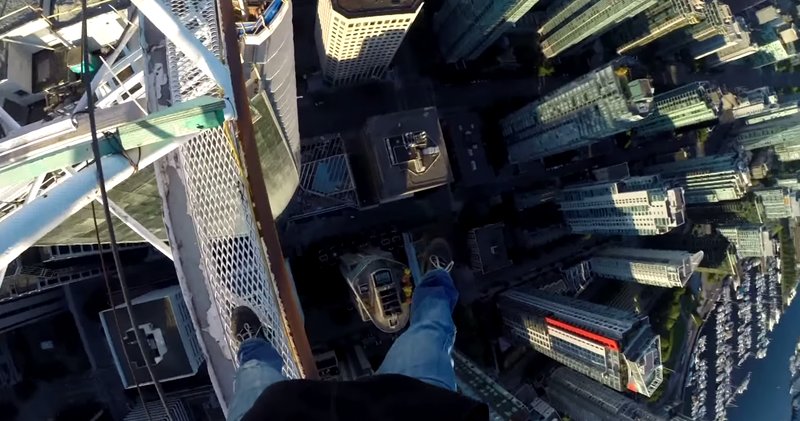 This isn’t the first act of roof-climbing on Vancouver’s unfinished Trump Tower. In late April, a video uploaded (and then taken down) by two daredevils caught public attention, with one of the two roof-climbers briefly revealing his face.

It is unconfirmed if this video is from the same two individuals.

Police say that if the identities of the individuals are revealed, criminal charges for the stunts could be in place.

Holborn, the developer for Trump Tower Vancouver, said in a statement that this incident had taken place before they had learned about the first one. Since then, they have tightened security.

“we have bolstered security around the site and we have been in touch with police. We will review those security measures and bolster again if necessary,” said Holborn in the statement.

Holborn also said that it needs the public to help identify the individuals in order for police to investigate them for trespassing.

The developer will be turning in the video to the police.