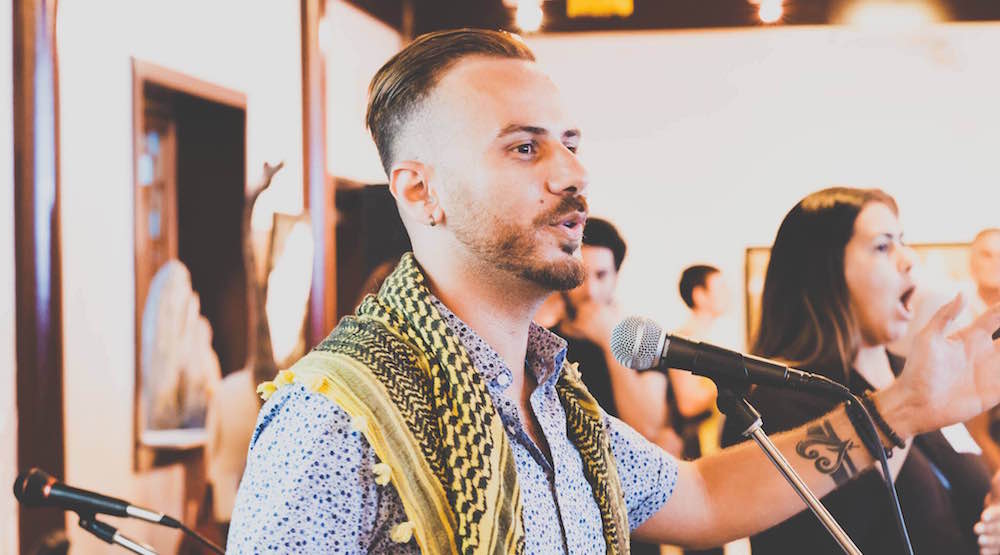 Danny Ramadan arrived in Canada with his partner almost two years ago, and in that short span of time he has become a leader in Vancouver’s LGBTQ community and a voice for LGBTQ refugees fleeing Syria.

Prior to fleeing to Lebanon from Syria, where the so-called Islamic State (ISIS) has quickly taken control of much of the country and have reportedly killed hundreds of gay teenagers and adults, he was an author, journalist, and activist.

A series of events beginning with his arrest for operating an underground support centre for individuals who identify as LGBTQ led to his decision to leave the country. If he had stayed, he could have potentially faced more prison time or worse for being a homosexual.

“I feel like I jumped 20 or 30 years into the future,” Ramadan told Daily Hive. “Back there, there is a lot of homophobia, rejection from the community, rejection from family, from everyone around  you basically. After I left the country, ISIS started to target LGBTQ identified folks by throwing them off the rooftops.”

Gay people are being hunted by ISIS through Facebook and phone contacts. If they are not thrown off buildings, they are executed in other ways such as by firing squad, beheading, and stoning.

Ramadan stayed in Beirut for two years before successfully applying for refuge in Canada to start a new future. When asked whether he chose Canada, he said it was the other way around – a sponsor in the country chose him.

“I wanted to come to a country where I would be myself, my true self, and just be happy for who I am and be free to present myself and wear my rainbow colours proudly,” he said. “I applied for Canada and then the sponsorship who picked my application was here in Vancouver so I ended up here in Vancouver.”

His transition into Canadian society has been relatively quick and smooth. He now works as a volunteer coordinator for Qmunity, a community and resource centre in downtown Vancouver’s West End that provides counselling and health support for LGBTQ individuals.

Equally impressive is how he is paying it forward by helping many LGBTQ people in Syria become refugees in Canada. Just last week, as part of his latest efforts to help refugees, he held an event that raised $10,000 to support the applications of two lesbian women to come to Vancouver from Syria.

“I was very honoured to be named the grand marshall for this year’s Pride Parade,” he said. “I’m extremely happy that the work that I do is recognized by the communities that I work with.”

As for his advice for any LGBTQ individuals seeking to find refuge in a country that embraces progressive values, he says it takes a lot of hard work but that should not be a deterrent given the rewards that follow a successful intake.

“It requires a lot of effort and work, but there is a possible future for you and all you have to do is work really hard for it,” he said. “You find out for yourself what would make your future better and you seek it.”

Late last year, following the election of Prime Minister Justin Trudeau’s Liberal government, the new federal government announced that individuals who identify as LGBTQ and seeking to escape persecution will be prioritized for resettlement.

It goes without saying that unlike his predecessor, Trudeau has been an unabashed supporter of Canada’s LGBTQ minority – something that Canadians may take for granted when the positions of many other world leaders are considered.

“The Prime Minister is an awesome politician, he is a great supporter for the LGBTQ community, and to be quite honest, he’s quite hot.”